US families challenged with teens addicted to mobile phones 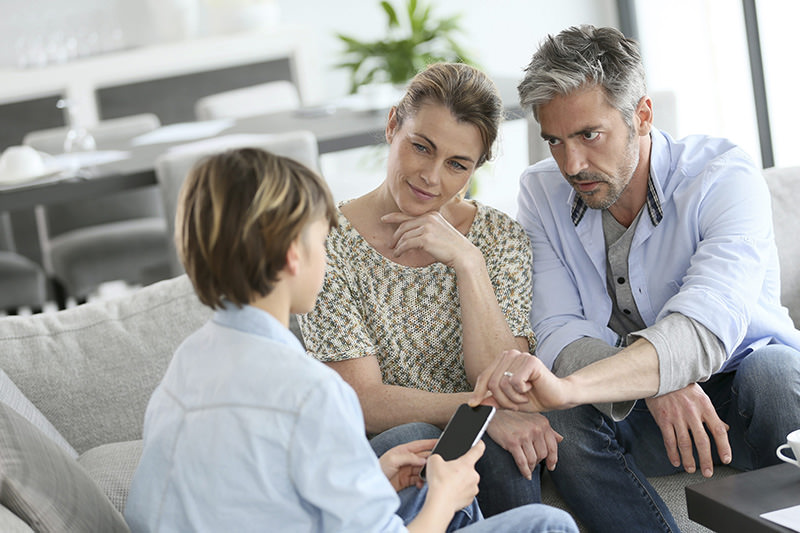 |File Photo
by May 03, 2016 12:00 am
Half of the teenagers in the United States feel addicted to their mobile phones, with most checking the devices at least every hour and feeling pressured to respond immediately to messages, a survey released on Tuesday found.

The majority of parents concurred, with 59 percent of those with children between ages 12 and 18 saying their kids cannot give up their phones, according to a poll of 1,240 parents and children by Common Sense Media.

The findings from the nonprofit group, which focuses on the effects of media and technology on children, highlighted the tension such close ties to devices can cause, with it disrupting driving, homework and other time together.

About a third of those polled said they argue every day about screen use, the San Francisco-based group said.

"It is causing daily conflict in homes," Common Sense Media's founder and CEO James Steyer said in a statement.

Its survey is the latest indication of American families struggling to balance mobile devices in an age of ever-evolving technology. It also underscores the ongoing debate over Internet addiction and its consequences.

A separate review of available data on Internet and technology use cited concerns for problematic media. Multi-tasking can hinder the ability to form memories and the lack of human interaction can also make it harder to develop empathy, Common Sense Media found.

"The seemingly constant use of tech, evidenced by teens immediately responding to texts, social-networking posts, and other notifications, is actually a reflection of teens' need to connect with others," it said in its review.

Ellen Wartella, director of Northwestern University's Center on Media and Human Development and an adviser for the review, said it is still unclear what the ultimate impact of such media use is on children's behavior.

"We need to devote more time and research to understanding the impact of media use on our kids and then adjust our behavior accordingly," she said in a statement.

Still, teenagers were not the only cause for concern, according to the poll, which had a margin of error of 4 percentage points. Parents also took big risks.

Fifty-six percent of adults surveyed said they check their mobile phones while driving -- and more than half of teens said they had seen their parents do so.

"What we've discovered is that kids and parents feel addicted to their mobile devices," Steyer said.