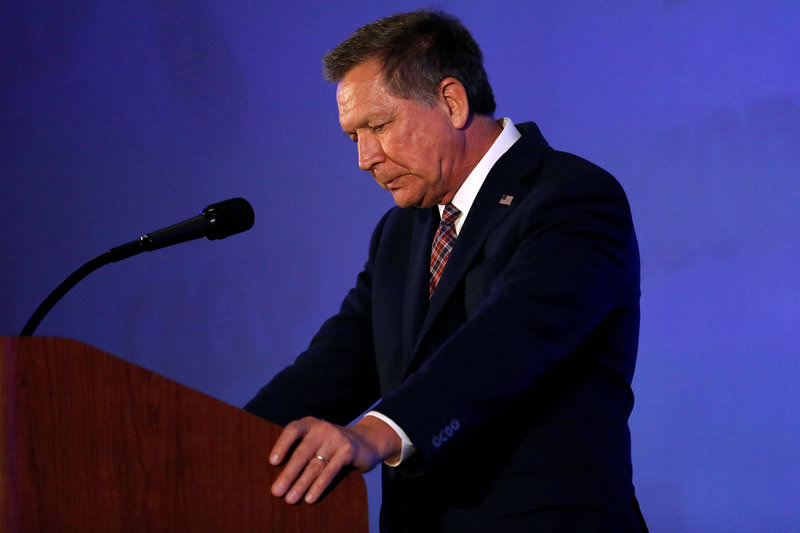 by May 04, 2016 12:00 am
Republican John Kasich ended his longshot presidential bid on Wednesday, leaving Donald Trump's path clear to capture the Republican nomination for the Nov. 8 election.

Kasich, 63, the Ohio governor and a former U.S. congressman, had vowed just a day earlier to keep running after U.S. Senator Ted Cruz dropped out following a poor showing in Indiana's Republican primary on Tuesday.

Kasich, who was able to win only his own state in the race for the 2016 Republican nomination, canceled a media appearance on Wednesday in Virginia and scheduled a 5 p.m. EDT (2100 GMT) statement in Columbus, Ohio, his campaign said.

Trump's decisive victory in the Indiana primary forced Cruz to suspend his candidacy and prompted speculation that Kasich, running a distant third, would do the same.