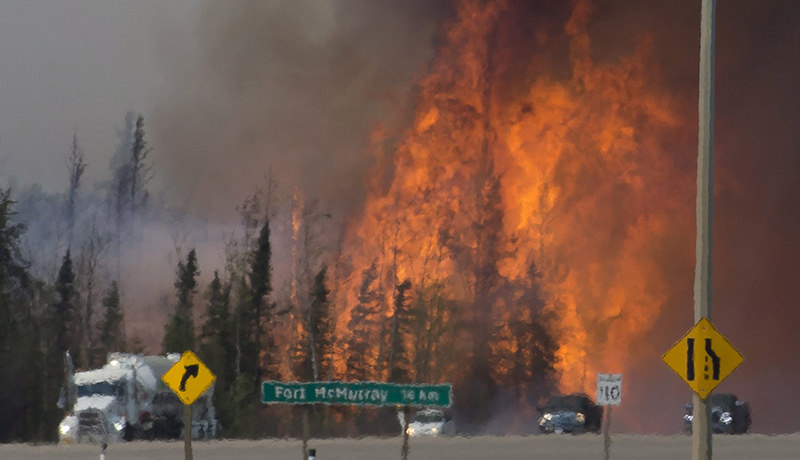 Canadian officials fear that a massive wildfire that has devastated the oil town of Fort McMurray will grow to double its size, CBC News reported Saturday.

The "out-of-control" fire that has "destroyed 156,000 hectares of forest, could double in size by end of day," CBC posted on Twitter, citing a wildfire officer of the western province of Alberta.

As the fire spreads on Saturday, CBC reported that by the end of the day it could engulf an area of 2,000 square kilometres - three times the size of Toronto.

While changing winds turned the main fire to south-east on Thursday, away from Fort McMurray, parts of the city still burned.

The fire, which erupted on May 1, has destroyed more than 1,600 homes and buildings and forced 80,000 people to evacuate the city.
Canadian officials are continuing to transport residents of wildfire-ravaged Fort McMurray out of the area.

Police and military are overseeing another procession of vehicles Saturday, and the mass airlift of evacuees was also set to resume. About 2,500 vehicles and 7,000 people had passed through Fort McMurray on Friday despite a one-hour interruption due to heavy smoke, authorities said.

More than 80,000 people have left Fort McMurray in the heart of Canada' oil sands, where the fire has torched 1,600 homes and other buildings.

Thousands of displaced residents being relocated in convoys got a view of their burned-out city on their way south.