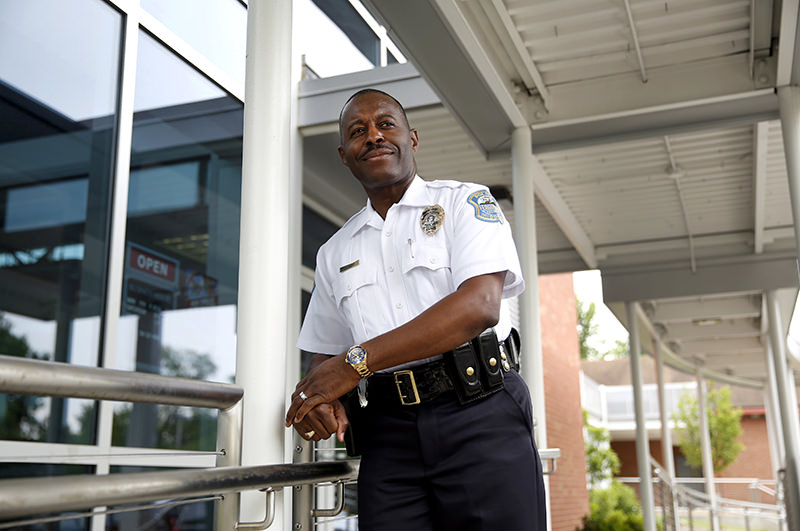 An African American officer took the helm of the police department in Ferguson, Missouri and marked a first for the city, less than two years after police there killed unarmed black teen Michael Brown.

Brown's 2014 death sparked weeks of sometimes violent protests, and ignited a national debate about race relations and law enforcement in the United States.

Ferguson was required to reform its police department and courts after federal investigators found a widespread pattern of racial discrimination and multiple violations of citizens' constitutional rights in the St Louis, Missouri suburb.

Delrish Moss, a veteran of the Miami police seen as an expert in community policing, was brought in to try to restore the community's confidence in the authorities.

Moss, 51, pledged to bring more diversity to the department, which is majority white in a city where two thirds of residents are African American.

Prior to its reforms, a federal investigation found that police officers in the city of 21,000 "routinely" pulled over motorists without reasonable suspicion, carried out arrests without probable cause and used "unreasonable force."

Brown's killing was among a series that tragically highlighted problems with US police tactics and black men. These were among the lingering problems that helped spur on the Black Lives Matter activist movement against law enforcement violence seen as racist.