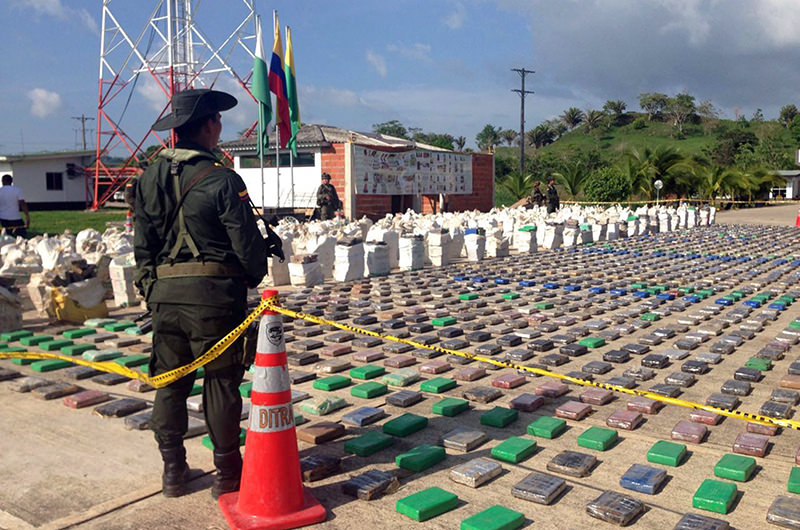 A Colombian national policeman stands guard in front of packages of cocaine, which were confiscated in Turbo province near the border with Panama, May 15, 2016 (Reuters Photo)
by Associated Press May 16, 2016 12:00 am

Colombian authorities say they've made the biggest cocaine seizure in the history of a country long plagued by traffic in the drug.

The National Police agency says 50 commandos backed by helicopters seized about 8 tons of cocaine on a banana plantation in the northwestern department of Antioquia.

It says the drug belonged to a gang known as the Clan Usuaga and was apparently destined for the Caribbean and then to the United States.

Colombian President Juan Manuel Santos sent a tweet Sunday congratulating police on what he called the largest cocaine seizure in the history of Colombia, a major producer of the narcotic.

Police say they've seized more than 86 tons in all so far this year.