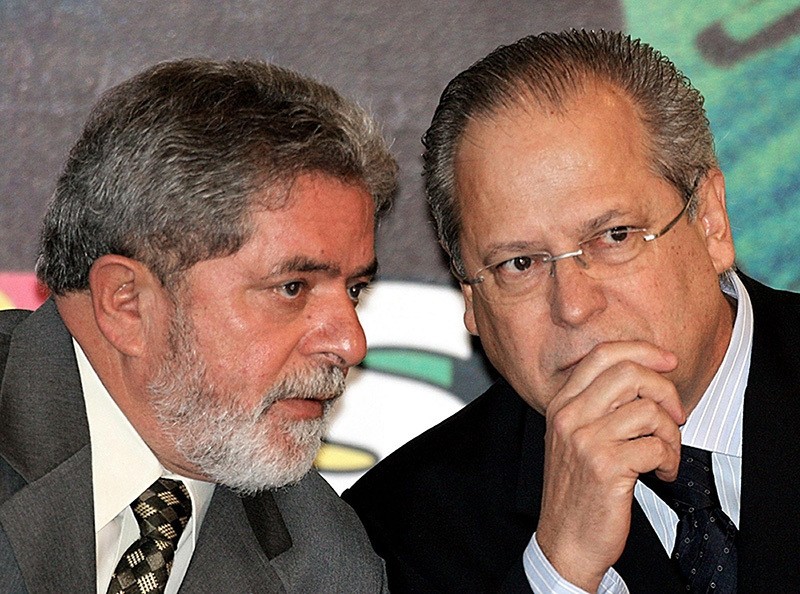 A federal judge in Brazil on Wednesday sentenced a former presidential chief of staff to more than 20 years in prison for involvement in a massive corruption-kickback scheme at state-owned oil company Petrobras.

Judge Sergio Moro sentenced Jose Dirceu to 23 years and three months in prison, though the sentence can be appealed.

Moro is presiding over the Petrobras investigation that has ensnared some of Brazil's richest businessmen and top public figures from across the political spectrum.

Prosecutors say that more than $2 billion was paid in bribes and other funds by Brazil's biggest construction and engineering firms in exchange for inflated Petrobras contracts.

Dirceu, who served under ex-President Luiz Inacio Lula da Silva between 2003 and 2005, is the most senior member of the Workers' Party to be arrested in connection with the case. He was charged with corruption, money-laundering and conspiracy.

He was arrested in August at his home in Brasilia, where he was under house arrest serving an 11-year sentence for involvement in a cash-for-votes scheme in Congress more than 10 years ago. Dilma Rousseff, who was impeached by Brazilian senate as president last week, succeeded Dirceu as Luiz Inacio Lula da Silva's chief of staff.

Prosecutors have said Dirceu masterminded the kickback scheme at Petrobras, accepted bribes while in office and continued to receive payments from contractors after he was jailed in late 2013 for the vote-buying scandal.