Former GOP senator apologizes to Muslims on his deathbed for Trump 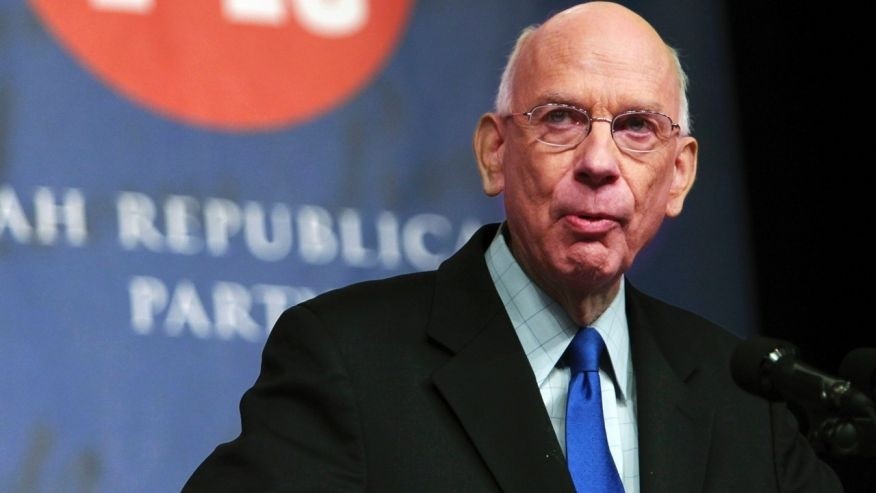 According to an interview his family gave to the Daily Beast, Former Utah Senator Bennett's last wish was to speak to Muslims to apologize on behalf of the Republican party.

Bennett passed away on May 4 at the George Washington University Hospital in Washington, DC after his fight with pancreatic cancer.

According to the Daily Beast story, Bennett told his family that he would love to go up to every single Muslim and thank them for being in this country, and apologize to them on behalf of the Republican Party for Donald Trump's behavior.

Bennett met with several Muslims from the area who came to visit him as he told them that he was glad they were in America, and they were always welcome in the U.S.

"In the last days of his life this was an issue that was pressing in his mind… disgust for Donald Trump's xenophobia. At the end of his life he was preoccupied with getting things done that he had felt was left undone." His son Jim Bennett said.

The Daily Beast reported that the senator discussed the issue of Muslims in the U.S., and Trump's offensive attitude, "over and over again" in his last days, with family members and reporters.

Bennett had a stroke on April 11 that paralyzed the left side of his body and left him unable to stand or swallow. He told the Deseret News a week later the cancer had been diagnosed within a year earlier. It started in his pancreas but had spread to his stomach and near his liver. Bennett said he was receiving hospice care at his home in Arlington, Virginia.