Trump to build another 'wall', this time to protect his luxury golf resort from rising seas 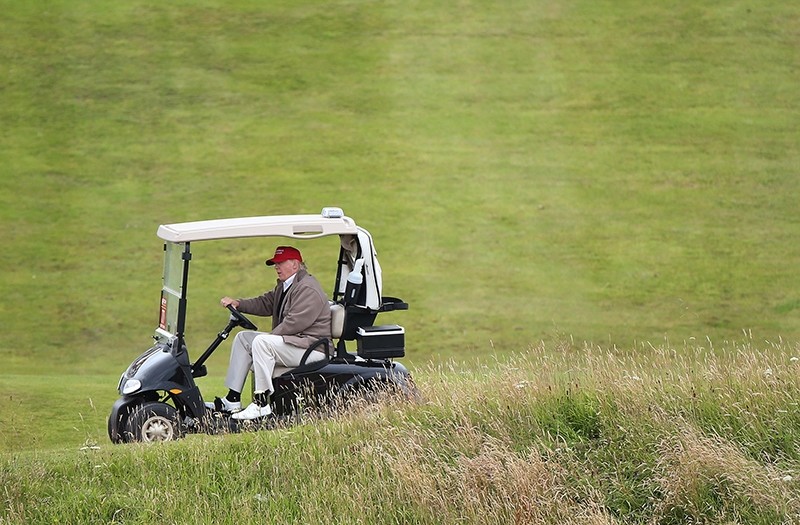 Donald Trump wants to build another huge wall, this time to keep out the rising seas threatening to swamp his luxury golf resort in Ireland.

The Republican presidential candidate has called climate change a "con job" and a "hoax." But in a permit application filed earlier this month in County Clare, Ireland, the Trump International Golf Links and Hotel is seeking permission to build a two-mile-long stone wall between it and the Atlantic Ocean.

Environmental groups criticized the application as evidence of Trump's hypocrisy for protecting his business from a problem he denies exists.