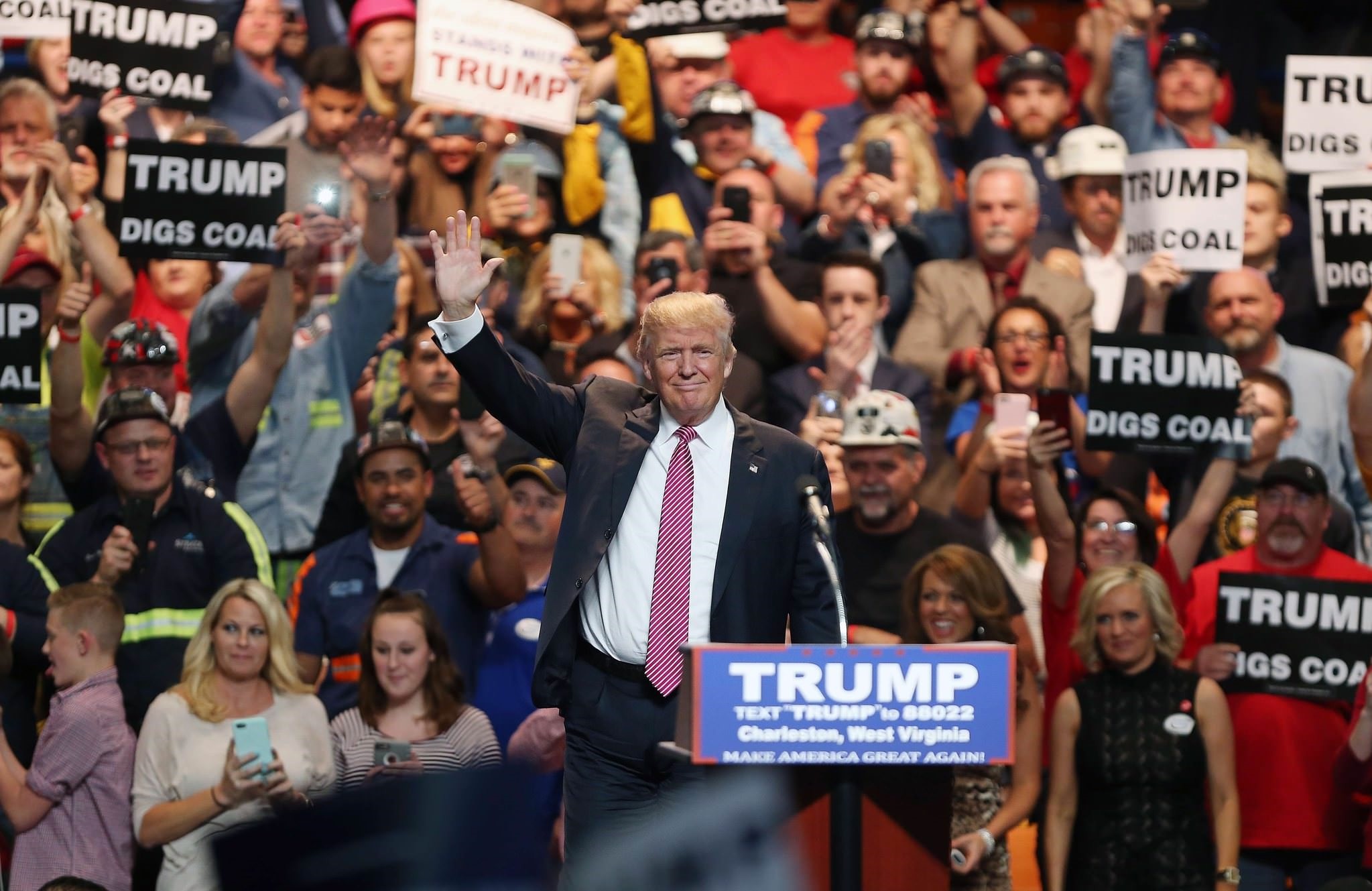 Donald Trump reached the number of delegates needed to clinch the Republican nomination for president Thursday, completing an unlikely rise that has upended the political landscape and set the stage for a bitter fall campaign.

The good news for Trump, reported by The Associated Press after a nationwide survey of unbound delegates, was tempered by continuing problems for his campaign. Those include the abrupt departure of Trump's political director and continuing resistance by many Republican leaders to declare their support for his upstart candidacy.

Trump was put over the top in the AP delegate count by a small number of the party's unbound delegates who told the AP they would support him at the national convention in July. Among them was Oklahoma GOP chairwoman Pam Pollard.

"I think he has touched a part of our electorate that doesn't like where our country is," Pollard said. "I have no problem supporting Mr. Trump."

It takes 1,237 delegates to win the Republican nomination. Trump has reached 1,238. With 303 delegates at stake in five state primaries on June 7, Trump will easily pad his total, avoiding a contested convention in Cleveland.

Trump, a political neophyte who for years delivered caustic commentary on the state of the nation from the sidelines but had never run for office, fought off 16 other Republican contenders in an often ugly primary race.

Many on the right have been slow to warm to Trump, wary of his conservative bona fides. Others worry about his crass personality and the lewd comments he's made about women.

But millions of grass-roots activists, many of them outsiders to the political process, have embraced him as a plain-speaking populist.

Steve House, chairman of the Colorado Republican Party and an unbound delegate who confirmed his support of Trump to the AP, said he likes the billionaire's background as a businessman.

"Leadership is leadership," House said. "If he can surround himself with the political talent, I think he will be fine."

Hours before clinching the nomination, he announced the abrupt departure of political director Rick Wiley, who was in the midst of leading the campaign's push to hire staff in key battleground states. In a statement, Trump's campaign said Wiley had been hired only until the candidate's organization "was running full steam."

His hiring about six weeks ago was seen as a sign that party veterans were embracing Trump's campaign. But a person familiar with Wiley's ouster said the operative clashed with others in Trump's operation and didn't want to put longtime Trump allies in key jobs. The person insisted on anonymity because the person was not authorized to publicly discuss the internal campaign dynamics.

Some delegates who confirmed their decisions to back Trump were tepid at best.

Cameron Linton of Pittsburgh said he will back Trump on the first ballot since he won the presidential primary vote in Linton's congressional district.

"If there's a second ballot I won't vote for Donald Trump," Linton said. "He's ridiculous. There's no other way to say it."

Trump's path to the Republican presidential nomination began with an escalator ride.

Trump and his wife, Melania, descended an escalator into the basement lobby of the Trump Tower on June 16, 2015, for an announcement many observers had said would never come: The celebrity real estate developer had flirted with running for office in the past.

His speech then set the tone for his ability to dominate the headlines with provocative statements, insults and hyperbole. He called Mexicans "rapists," promised to build a wall between the U.S. and Mexico and proposed banning most Muslims from the U.S. for an indeterminate time.

He criticized women for their looks. And he unleashed an uncanny marketing ability in which he deduced his critics' weak points and distilled them to nicknames that stuck. "Little Marco" Rubio, "Weak" Jeb Bush and "Lyin' Ted" Cruz, among others, all were forced into reacting to Trump. They fell one-by-one — leaving Trump the sole survivor of a riotous Republican primary.

His rallies became magnets for free publicity. Onstage, he dispensed populism that drew thousands of supporters, many wearing his trademark "Make America Great Again" hats and chanting, "Build the wall!"

The events drew protests too— with demonstrators sometimes forcibly ejected.

When voting started, Trump was not so fast out of the gate.

He lost the Iowa caucuses in February, falling behind Cruz and barely edging Rubio for second. He recovered in New Hampshire. From there he and Cruz fiercely engaged, with Trump winning some and losing some but one way or another dominating the rest of the primary season — in votes or at least in attention — and ultimately in delegates.

He incurred relatively low campaign costs — just $57 million through the end of April. He covered most of it with at least $43 million of his own money loaned to the campaign.

Trump entered a new phase of his campaign Tuesday night by holding his first major campaign fundraiser: a $25,000-per-ticket dinner in Los Angeles.

Trump, 69, the son of a New York City real estate magnate, had risen to fame in the 1980s and 1990s, overseeing major real estate deals, watching his financial fortunes rise, then fall, hosting "The Apprentice" TV show and authoring more than a dozen books.