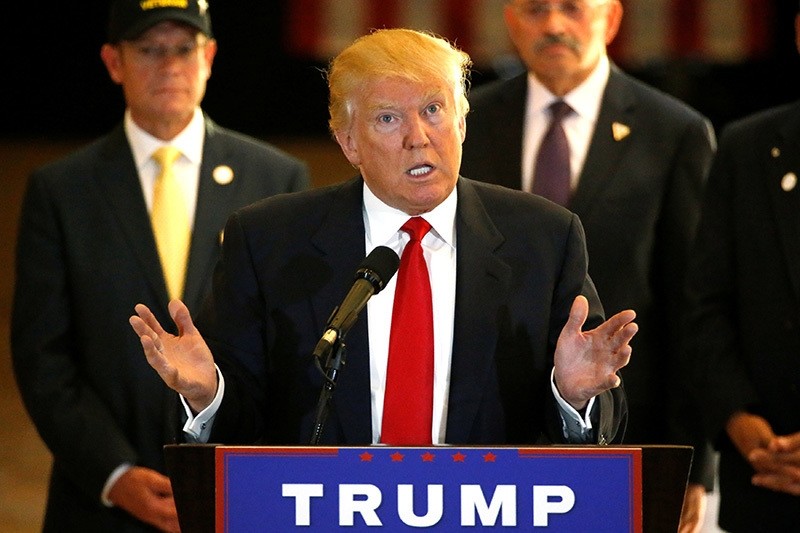 Muslims in the U.S. fear the worst if Donald Trump succeeds in becoming the next American president, a U.S.-based Muslim preacher told Anadolu Agency in Ankara on Wednesday.

Imam Abdul Malik Mujahid, who is the founding chairman of the Chicago-based non-governmental organization, Sound Vision Foundation and executive producer of a daily Radio Islam talk show, voiced concerns of the American Muslim community over the victory of Republican Party's presumptive presidential nominee.

In an interview, Mujahid said: "Trump is increasing Islamophobia, he is also the product of the Islamophobic environment [in the U.S.]," adding that Hispanics and blacks in America were also on the receiving end of the multi-billionaire's hate-filled rhetoric.

"As for Latinos [and] blacks, it is the same because he called all Spanish rapists, all blacks laziest, all Muslims terrorists," he said.

But what if Trump actually succeeds in his mission to become the next president? According to Mujahid, among the many injustices, Muslims may face arbitrary detentions and arrests without getting any chance of getting a due process in such a dismal scenario.

"Suppose Trump wins, Muslims could [then] be detained without trial, there is [already] a law [to this effect, which is] mostly meant for terrorism, but it has been implemented. The worse [case] scenario after Trump [would be that] you could be jailed without [getting an opportunity for a] judicial trial," he said.

He hoped that Muslims in the U.S. would register in the largest numbers possible, so that a better candidate becomes the next American president.

But which candidate would be better to serve the interests of Muslims in the U.S.? Could the Democratic Party's Hillary Clinton be the answer?

According to Mujahid, Muslims in the U.S. would rather support another Democrat contender Bernie Sanders than Clinton.

"Sanders opposed the war in Iraq, which started all problems while Clinton was in support of [it]. The Muslim community, especially youngsters are very much in support of Sanders," he added.

Sanders' refusal to attend the American Israel Public Affairs Committee's annual conference in Washington D.C. in March this year also won him support among Muslims in the U.S., according to the preacher.

He attributed the rise of Islamophobia to the misrepresentation of Muslims in media coverage following armed attacks in western countries.

Mujahid was in Turkey to attend the World Congress of Muslim Philanthropists in Istanbul, which took place between May 25 and May 26.

According to a recent survey by the Council on American-Islamic Relations (CAIR) -- the country's largest Islamic civil rights group -- 73 percent of registered Muslim voters in six states said they would vote in primary elections.

In congressional election two years ago, 69 percent of Muslim voters in California, Florida, Illinois, New York, Texas and Virginia said they would vote, according to a CAIR survey.

The U.S. Council of Muslim Organizations has found growing Islamophobia to be the most important issue for Muslim voters in 2016. It was listed as third in the group's 2014 survey.

Meanwhile, according to a recent report, a group of Texan American men have been training to shoot Muslims claiming that they would have to defend themselves in case of an 'uprising'.

The report published by The Independent said the group also dip their bullets "In pig's blood or bacon grease so victims would go straight to hell."

In addition, there have been clashes in U.S. cities due to police brutality against the black citizens, signaling racial tensions and discrimination against people of color and other minority communities.