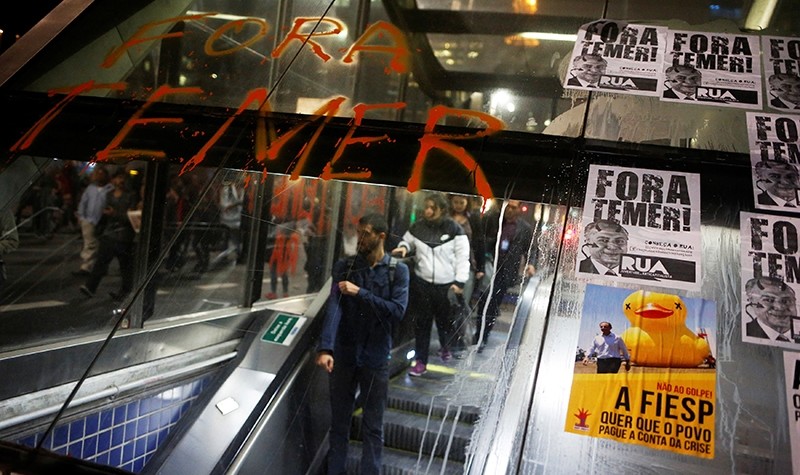 People go down the escalator in front of a phrase and posters with the image Brazil's interim President Michel Temer at the entrance of a subway (Reuters Photo)
by Associated Press Jun 04, 2016 12:00 am

Brazilian officials say the conclusion of a new subway line crucial for the transportation of visitors to the upcoming Olympic Games in Rio de Janeiro depends on the federal government's approval of a $390 million loan.

Rio's Transportation Department said Saturday in a statement that the National Development Bank has agreed to extend the loan but the Finance Ministry must still approve it.

The line is scheduled to be inaugurated on Aug. 1, four days before the games open on Aug. 5. On Friday, Transportation Secretary Rodrigo Vieira said work on the line cannot be delayed even by a day.

The O Globo newspaper, without citing sources, said the loan has not been approved because Rio's cash-strapped state government has not given guarantees it will be able to repay it.