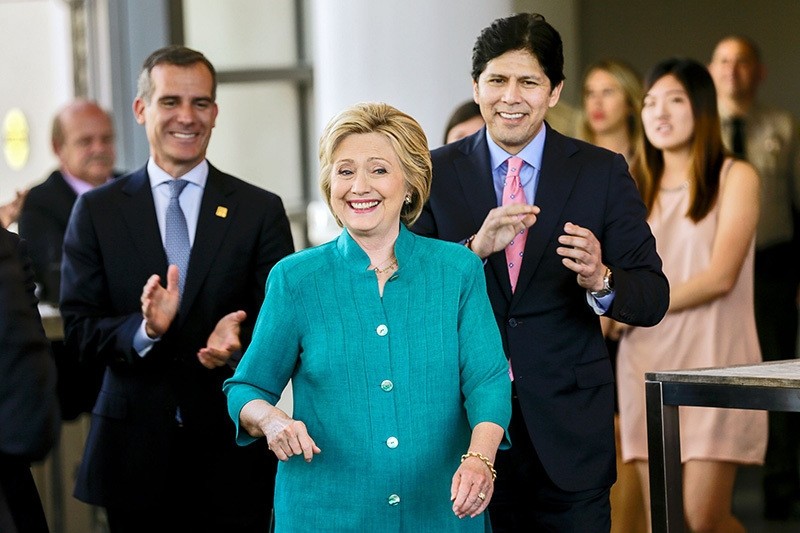 Hillary Clinton scored a sweeping win in the U.S. Virgin Islands on Saturday, picking up all seven pledged delegates at stake as she inched tantalizingly close to the Democratic nomination.

She is now just 60 delegates short of the 2,383 needed to advance to the November general election.

It was almost as big a margin as Barack Obama had in 2008, when he beat Clinton by 90 percent to 8 percent.

The Virgin Islands is one of five U.S. territories that casts votes in primaries and caucuses to decide the nominee, even though those residents aren't eligible to vote in November. While its pool of delegates is small, the island chain took on more importance as Clinton gets closer to clinching the nomination.

Earlier this month, former President Bill Clinton campaigned for his wife in the Virgin Islands while Sanders opted to focus more on neighboring Puerto Rico, which has 60 delegates at stake in a primary Sunday.

"People were excited and overjoyed when Bill Clinton came to visit," said Cecil R. Benjamin, who chairs the party there. He noted that in addition to the seven pledged delegates, all four of the Virgin Islands' superdelegates are now backing Clinton. Superedelegates are party officials who can back any candidate.

"We are the only state or U.S. territory where she got 100 percent of the delegates," he said, citing in part the large voter turnout. "It was great, and we are ready for the national convention."

In the final stretch of the primary season, six states including New Jersey and California will vote on Tuesday, with 694 delegates up for grabs. The District of Columbia is the last to vote on June 14.