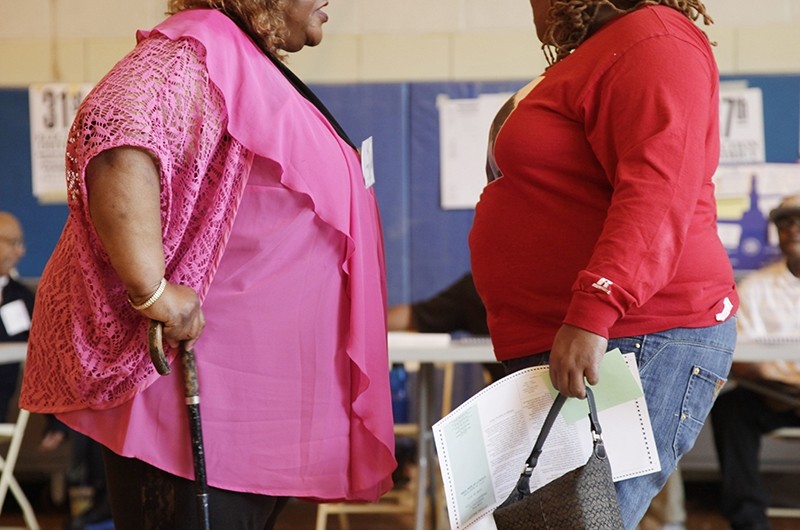 The nation's obesity epidemic continues to grow, led by an alarming increase among women. For the first time, more than 4 in 10 U.S. women are obese, according to new government health statistics.

Obesity rates for men and women in the U.S. had been roughly the same for about a decade. But in recent years, women have surged ahead and now just over 40 percent of women are obese, compared to 35 percent of men.

The percentages were reported by the Centers for Disease Control and Prevention, in two articles published online Tuesday by the Journal of the American Medical Association.

Obesity is considered one of the nation's leading public health problems because it can trigger diabetes and lead to heart disease and other serious health problems.