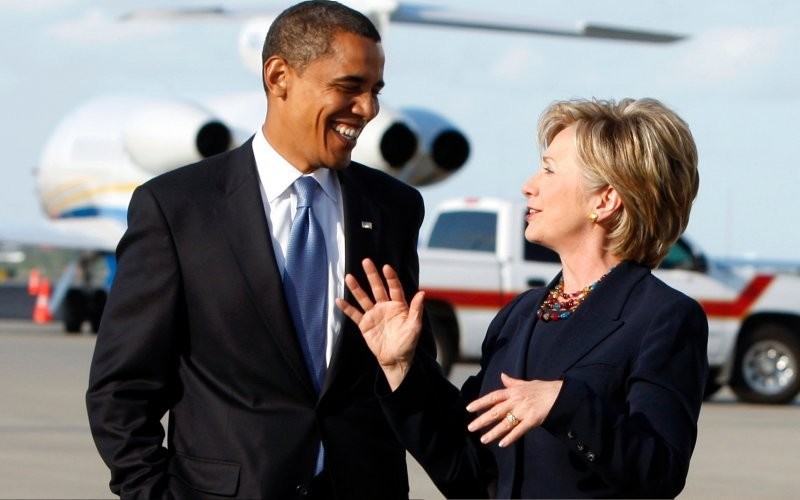 Barack Obama on Thursday endorsed Hillary Clinton to succeed him as US president, declaring in a video message "I'm with her."

"Tens of millions of Americans made their voices heard. Today I just want to add mine," Obama said. "I don't think there's ever been someone so qualified to hold this office," he added.

The endorsement -- while long expected -- is a shot in the arm to the Clinton campaign and could end concerns about party unity after a bitter contest. Obama earlier hosted Sanders in the Oval Office in another bid to heal those wounds. Obama's backing will give Clinton a potent surrogate on the campaign trail.

After nearly eight years in the White House, Obama is still one of the country's most popular politicians. His approval ratings among black, Hispanic, young and liberal voters are stratospheric. Clinton welcomed the vote of confidence: "Honored to have you with me, @POTUS I'm fired up and ready to go!" she tweeted, echoing one of Obama's own campaign rallying cries from 2008.

In that election Obama bested Clinton to become the first black president. They later made peace, with Clinton becoming Obama's first secretary of state. Now Clinton is trying to make history of her own by becoming the first female president.

Standing in her way is bombastic businessman Donald Trump, who shocked the world by becoming the presumptive Republican presidential nominee. Clinton's campaign announced that a first joint campaign event with Obama would take place in Green Bay, Wisconsin on Wednesday, June 15.