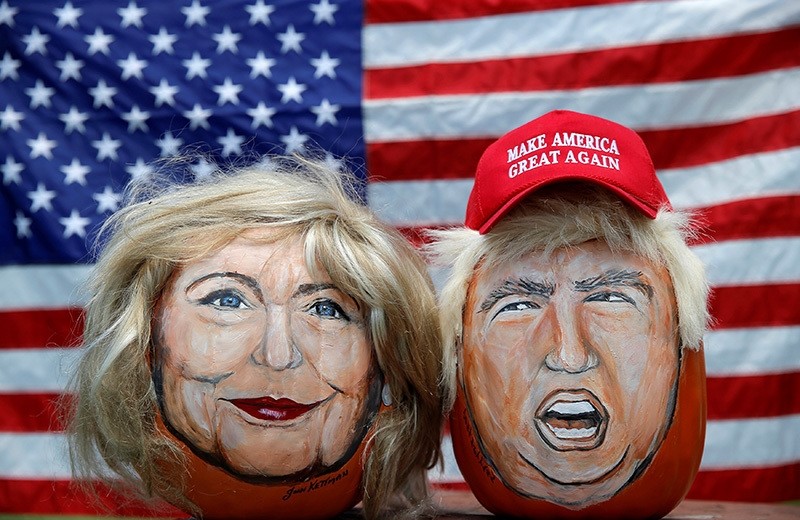 The images of US Democratic presidential candidate Hillary Clinton (L) and Republican candidate Donald Trump are seen painted on decorative pumpkins in LaSalle, Illinois, US, June 8, 2016. (Reuters Photo)
by Jun 10, 2016 12:00 am

"Delete your account." Hillary Clinton's snarky tweet Thursday to her White House rival Donald Trump was among the funniest of the campaign. Almost as funny as it was awkward.

The message by the 68-year-old secretary of state -- actually penned by a young staffer, a Clinton aide told AFP -- was in response to the latest broadside by Trump, who had commented on how "Obama just endorsed Crooked Hillary" on Thursday.

Social media ate it up, and within 90 minutes the message was retweeted 145,000 times, making it "now the most retweeted tweet of the campaign!" according to Clinton's social media director Alex Wall.


With "Delete your account," Clinton, who has struggled to connect with young voters, embraced the quick-witted dry humor of America's millennials.

But it also triggered ferocious comebacks from her critics over use of a private email account while she served as America's top diplomat -- a scandal she has been unable to shake.

Republicans including Trump have savaged her for her judgment, saying she put US national security at risk, and have accused her of deleting key emails that she did not want Americans to know about.

"@HillaryClinton, If anyone knows how to use a delete key, it's you," the chairman of the Republican National Committee, Reince Priebus, in a stinging tweet of his own.

"Like how you deleted all your e-mails?" added House Republican Jeff Duncan.

Clinton turned over some 30,000 emails to State Department officials after she stepped down from the job in 2013.

But she also said she deleted about 30,000 other emails that were of a personal nature and not related to her work as secretary of state.