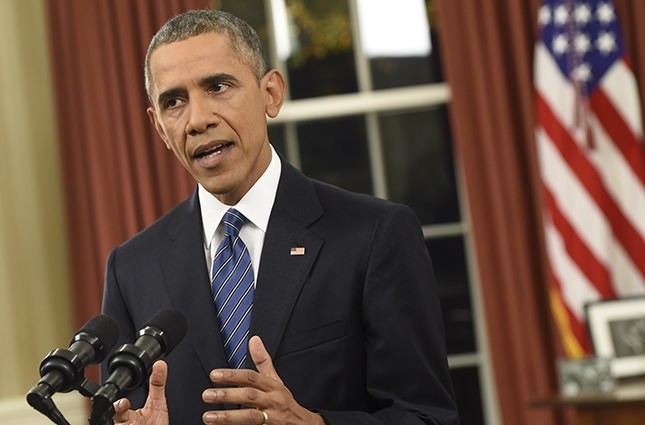 U.S. President Barack Obama said Sunday the motivation for the "most deadly shooting in American history" was not clear but said the FBI was investigating it as an "act of terrorism".

"We reached no definitive judgment on the precise motivations of the killer," Obama said in an address to the nation following the deaths of 50 people in a gun attack in a Florida nightclub.

"The FBI is appropriately investigating this as an act of terrorism," he added.

Obama said he had directed his team to spare no effort in determining what and if any inspiration or association the killer may have had with terrorist groups.

"We are still learning all the facts. This is an open investigation," Obama said, adding the only thing which was clear is that the killer was "filled with hatred".

The president stated that the incident was a reminder that attacks on any American -- regardless of race, ethnicity, religion or sexual orientation -- should be considered an attack on all Americans and the "fundamental values of equality and dignity that define the U.S."

Fifty-three people were also injured in the shootings at the Pulse nightclub, Orlando, officials confirmed on Sunday.

The shooter, who attacked the club in the early hours of Sunday morning, has been identified by Congressman Alan Grayson as Omar Mateen, a U.S. citizen in his late 20s from St. Lucie, Florida. Later on the same day, Daesh terrorist organization claimed the attack via its affiliated Amaq news agency.

Major American cities have tightened security measures in the wake of the shooting.

U.K. Prime Minister David Cameron said he was "horrified" by the deaths, while NATO Secretary General Jens Stoltenberg said he grieved with "the LGBT community, and the American people".

President of the European Council Donald Tusk tweeted that Europe "mourns the victims of the horrific gun attack in Orlando" while Mayor of London Sadiq Khan said he stood with Orlando "against hate and bigotry".