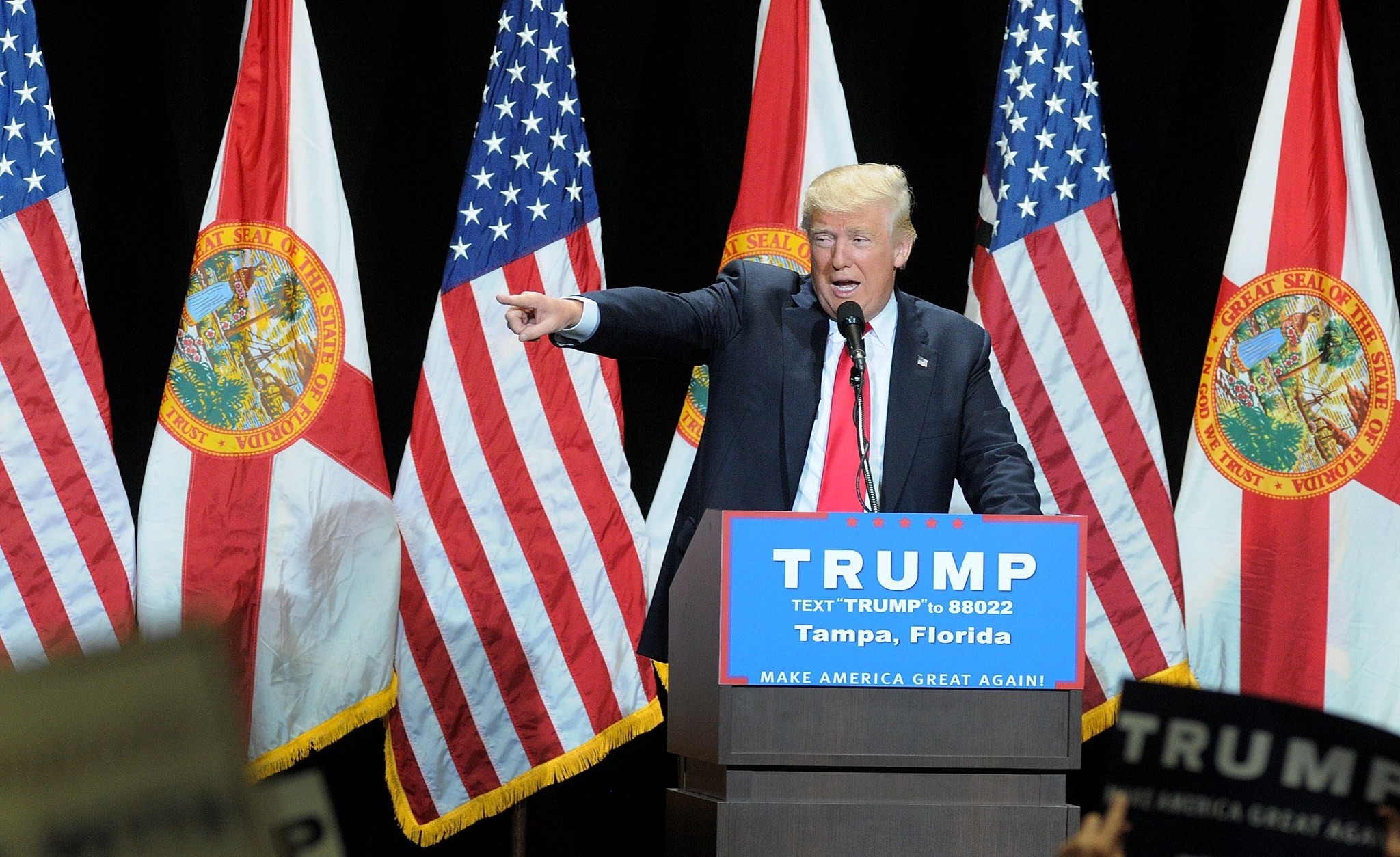 Republican presidential candidate Donald Trump speaks during a campaign rally at the Tampa Convention Center on June 11, 2016. (AFP Photo)
by Daily Sabah with Reuters Jun 12, 2016 12:00 am

Republican presidential candidate Donald Trump called on President Barack Obama to resign from office because he did not say the words "radical Islam," in a statement in response to the Orlando massacre where 50 people were killed.

A man armed with an assault rifle killed 50 people at a packed gay nightclub in Orlando, Florida on Sunday in the worst mass shooting in U.S. history, which President Barack Obama described as an act of terror and hate.

"Because our leaders are weak, I said this was going to happen - and it is only going to get worse," Trump said in a statement. "I am trying to save lives and prevent the next terrorist attack. We can't afford to be politically correct anymore."

As the shooting was claimed by Daesh via its Amaq news agency late Sunday, Trump reiterated his call for a ban on foreign-born Muslims from entering the U.S.,saying that he had predicted attacks on American soil by terrorists.

Trump had previously called for a "total and complete shutdown of Muslims entering the U.S. until our country's representatives can figure out what is going on" following attacks that left 14 people dead in California and 130 killed in Paris.

Boxing legend Muhammad Ali had also criticized Trump's proposal to ban Muslims from entering the United States, calling on Muslims "to stand up to those who use Islam to advance their own personal agenda."

Ali, one of the most famous Muslims in the world, had issued a statement saying, "True Muslims know that the ruthless violence of DAESH goes against the very tenets of our religion." He added, "I believe that our political leaders should use their position to bring understanding about the religion of Islam and clarify that these misguided murderers have perverted people's views on what Islam really is." Ali's statement Wednesday, first reported by NBC News, did not identify Trump by name but was directed at "presidential candidates proposing to ban Muslim immigration to the United States." "They have alienated many from learning about Islam," Ali wrote.

Anti-Muslim sentiment has been growing in the United States after the deadly Paris attacks of Nov. 13, with some Republican state governors saying they opposed resettling refugees from Syria's civil war. It intensified after 14 people were killed on Dec. 2 in a massacre in San Bernardino, California, carried out by a Muslim couple who investigators say were inspired by DAESH. Analysts say Trump's call has fanned the flames of xenophobia and fear.

Trump's campaign said he will address the attacks in a speech he already had scheduled to deliver on Monday addressing national security and responding to criticism from Democratic rival Hillary Clinton.