Banning Muslims not in US interests, House Speaker says 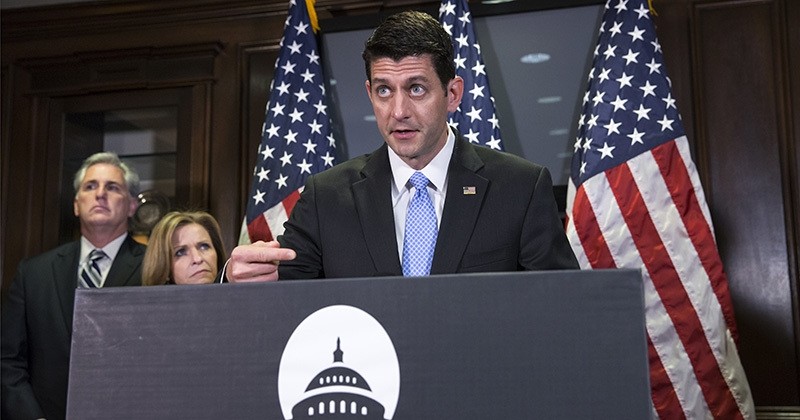 House Speaker Paul Ryan of Wis. meets with reporters at Republican National Committee headquarters on Capitol Hill in Washington, Tuesday, May 24, 2016 (AP Photo)
by Compiled from Wire Services Jun 14, 2016 12:00 am

Ryan told reporters at a news conference Tuesday that there should be a security test, not a religious test. He said the issue is not the Islamic faith.

"I do not think a Muslim ban is in our country's interests," he added.

Trump had called for a "total and complete shutdown of Muslims entering the U.S. until our country's representatives can figure out what is going on," following recent attacks that left 14 people dead in California and 130 in Paris. Trump's comments on Muslims have been criticized for being "grossly irresponsible," as the White House branded him an unfit leader and prominent figures such as boxing legend Muhammad Ali, Facebook CEO Mark Zuckerberg and basketball legend Kareem Abdul-Jabbar lashed out at Trump's Islamophobic remarks.