Trump's anti-Muslim rhetoric 'not the America we want', Obama says 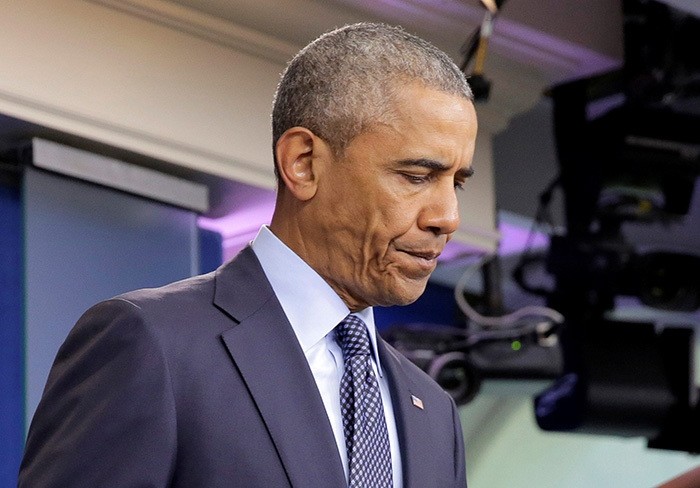 U.S. President Barack Obama on Tuesday voiced solidarity with the families of victims of the mass shooting at a gay nightclub in Orlando, calling the gunman an "angry, disturbed, unstable young man who became radicalized," while also slamming Trump's anti-Muslim comments made on during his speech on Monday.

"You are not alone. The American people and our allies and friends all over the world stand with you," Obama said after a meeting of his National Security Council, called before the Orlando attack to discuss the US-led campaign against Daesh.

The Daesh group claimed responsibility for the shooting in Orlando early Sunday. The gunman, Omar Mateen, pledged allegiance to the Daesh leader in 911 calls made during the attack, the FBI said.

Obama also slammed the Republican presumptive nominee Donald Trump for his anti-Muslim comments on Monday while speaking on the attacker and his background.

"Anti-Muslim rhetoric from Republican presumptive nominee is 'not the America we want'," Obama said.

Obama highlighted that treating Muslim-Americans differently won't make the U.S. safer, but rather will make the country less safe by fueling the notion among followers of the Daesh that the West hates Muslims.

Obama said that the U.S. was founded on freedom of religion and that there are no religious tests in America.

The president added that such talk makes Muslim-Americans feel like their government is betraying them.

In a point-by-point rebuttal to the presumptive GOP nominee's Monday address, Clinton said Tuesday that Trump has to "distract us from the fact that he has nothing substantive to say."

She said the Republican falsely identified the native-born shooter as an immigrant, arguing that Trump's anti-immigration platform and ban on Muslims entering the country would not have "saved a single life."

"The terrorist who carried out this attack wasn't born in Afghanistan as Donald Trump said yesterday, he was born in Queens, New York just like Donald was himself," she told union members at a campaign event in Pittsburgh.

Meanwhile, the House speaker Paul Ryan, the top U.S. elected Republican, on Tuesday distanced himself from presidential candidate Donald Trump's proposed ban on Muslims from a variety of countries in a further sign of establishment unease with Trump's agenda.

Trump gave his first speech on the Orlando, Florida massacre on Monday, a day after the attack at a gay nightclub that was the deadliest mass shooting in U.S. modern history.

The New York mogul said that if elected on Nov. 8, he would temporarily suspend immigration from areas of the world where there is "a proven history of terrorism." In a subsequent tweet, he said he was referring to "nations tied to Islamic terror."

Ryan, the speaker of the U.S. House of Representatives, was peppered with questions about Trump's proposal at his weekly news conference.

Ryan endorsed Trump, the presumptive Republican presidential nominee, two weeks ago but subsequently blasted him for calling a federal judge biased because of the U.S.-born judge's Mexican heritage.

"I do not think a Muslim ban is in our country's interests," said Ryan, who last year criticized Trump's original proposal for a temporary ban on Muslims entering the United States.