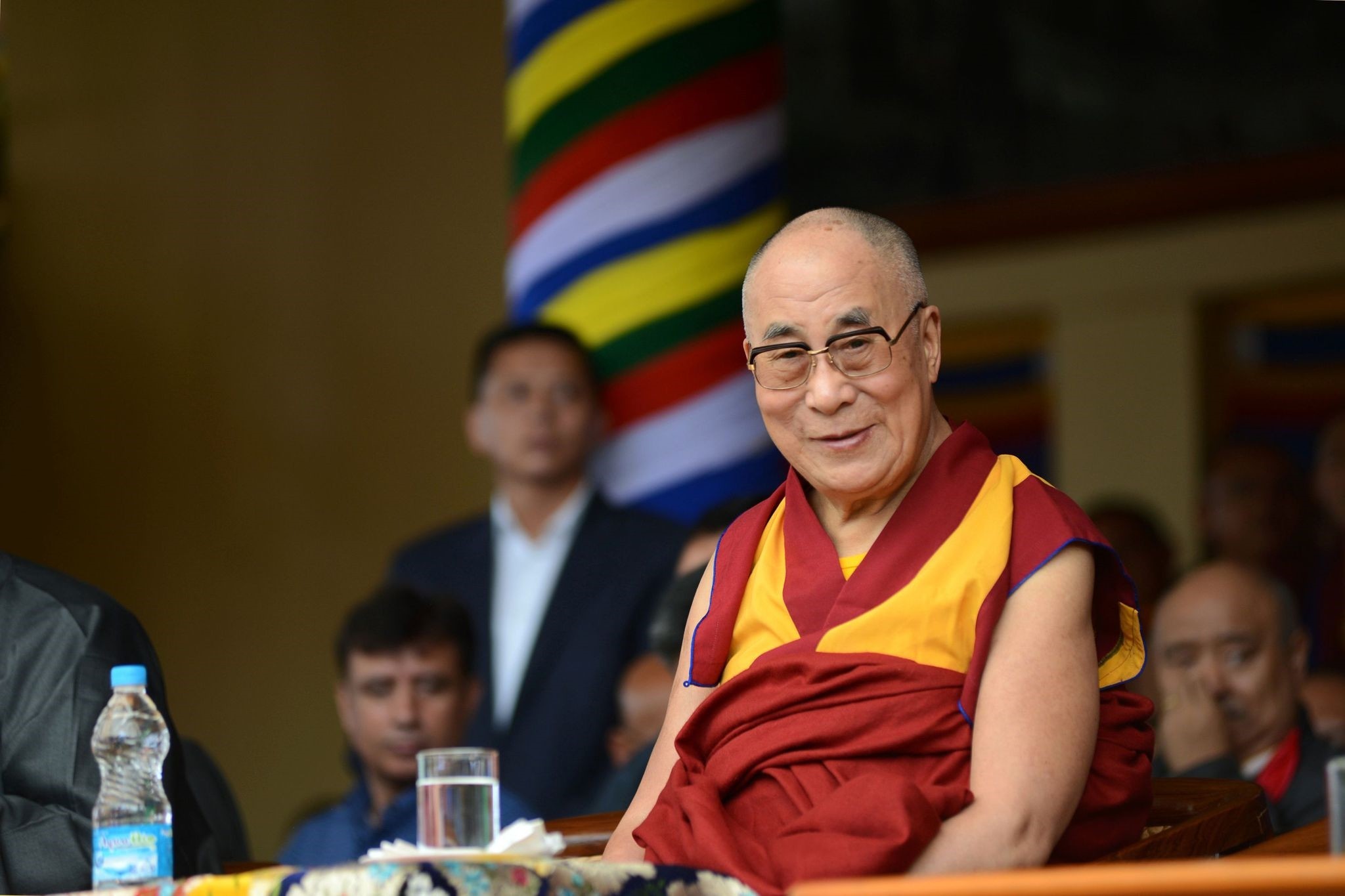 Dalai Lama attending an event to celebrate President Barack Obama will meet the Dalai Lama at the White House on June 15, 2016 (AFP PHOTO)
by Associated Press
Jun 15, 2016 12:00 am

President Barack Obama thanked the Dalai Lama on Wednesday for offering condolences after 49 people were killed in the worst mass shooting in modern U.S. history, as the pair once again angered China by meeting at the White House.

It was Obama's fourth White House meeting with Tibetan spiritual leader, whom Beijing accuses of leading a campaign to split the region off from the rest of China. The Dalai Lama says he simply wants a higher degree of autonomy under Chinese rule.

China condemned the meeting after the White House listed it on Obama's public schedule. The meeting was closed to news media coverage, but the White House released on its Flickr account a photo by the president's official photographer of the two men greeting each other.

The Dalai Lama led a minute of silent prayer for the shooting victims during a visit at the U.S. Institute of Peace in Washington on Monday, the day after a gunman opened fire at an Orlando, Florida, nightclub, killing 49 people and wounding dozens more.

"The president thanked the Dalai Lama for his expression of condolences about the terrorist attack in Orlando over the weekend," Earnest said.

China strongly disapproved of the meeting. Its Foreign Ministry said it had made "solemn representations" to the U.S. Embassy in Beijing and expressed its "firm opposition."

"We need to emphasize that the Tibetan issue is China's internal affairs and other countries do not have any right to interfere with this," spokesman Lu Kang told a daily media briefing.

"The 14th Dalai Lama is not simply a religious figure but a political figure in exile who has been conducting secessionist activities internationally under the pretext of religion," the statement said. "If President Obama meets with Dalai Lama, it will send the wrong signal to Tibetan separatist forces, and it will undermine the mutual trust and cooperation between China and the U.S."

Lu urged Washington to "stick by its promise of recognizing Tibet as part of China, and not support Tibetan independence or any separatist activities."

"Tibet, per U.S. policy, is considered part of the People's Republic of China, and the United States has not articulated our support for Tibetan independence," he said. "Both the Dalai Lama and President Obama value the importance of a constructive and productive relationship between the United States and China. All of those were policy positions of the United States before the meeting occurred. Our policy hasn't changed after the meeting."

China also blames the Dalai Lama and others for inciting a wave of self-immolations among Tibetans in recent years. Dozens have set themselves on fire while calling for the return of the Dalai Lama or for Tibetan independence.

Obama held the meeting in the Map Room, instead of the Oval Office, because the Dalai Lama is not a head of state.

The president had been scheduled to travel to Wisconsin on Wednesday for his first campaign appearance with presumptive Democratic presidential nominee Hillary Clinton following his formal endorsement of her last week. But the event was postponed after the Orlando shooting, creating room on Obama's schedule to meet with the Dalai Lama, who was already visiting Washington.

Obama planned to visit Orlando on Thursday to pay tribute to the victims and meet with their loved ones.