'Very low' risk of further Zika spread ahead of Olympics, WHO says 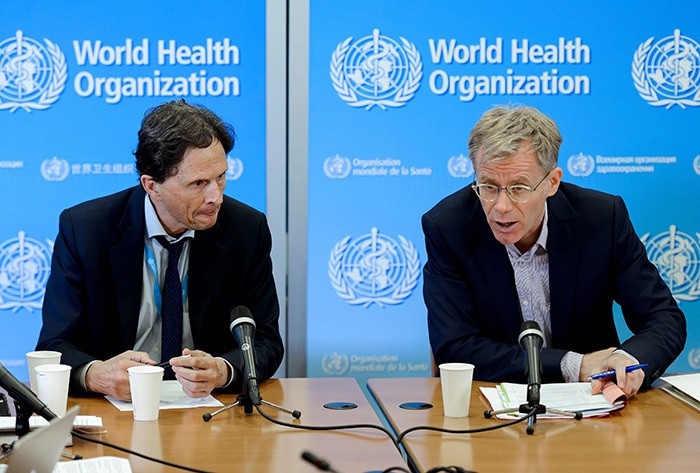 The WHO's Emergency Committee on Zika reaffirmed its previous advice that there should be "no general restrictions on travel and trade with countries, areas and/or territories" with Zika transmission including cities in Brazil hosting the Olympics that start on Aug. 5, with the Paralympic Games following in September.

"The risks are no different for people going to the Olympics than for other areas where there are outbreaks of Zika," David Heymann, chair of the WHO's expert panel, told reporters at WHO headquarters in Geneva after the meeting.

The third meeting of independent experts came amid intensifying concerns over the staging of the Olympics in Brazil, the country hardest hit by Zika.

Brazilian authorities have confirmed more than 1,400 cases of microcephaly in babies whose mothers were exposed to Zika during pregnancy. Microcephaly is a birth defect marked by small head size that can cause severe developmental problems in babies.

The WHO has advised that pregnant women avoid travel to Zika outbreak areas and that men who have been infected by or exposed to the virus practice safe sex, or abstain from sex, for up to six months.

The WHO panel said that Brazil should "continue its work" to intensify mosquito-control measures, especially around Olympics venues, and "ensure the availability of sufficient insect repellent and condoms for athletes and visitors".

The experts decided not to recommend against non-essential travel to Zika-affected areas, but said travellers should take personal protective measures to reduce risks. They noted that Brazil was entering winter months when transmission is lower.

"The experts at the meeting felt there was no reason to decrease travel to these areas. What is important (is) for people to understand their individual risk they undergo when they go to these areas. The risk of international spread is not a significant concern," Heymann said.

The panel on research and development of products to combat Zika was "sobering", said Dr. Bruce Aylward, director of WHO's Outbreaks and Health Emergencies Cluster.

Some 30 new diagnostic tools are in the pipeline, he said, adding: "Unfortunately you cannot say the same for vaccines, for which the timeline is going to be much longer, in dozens of months rather than months."
RELATED TOPICS