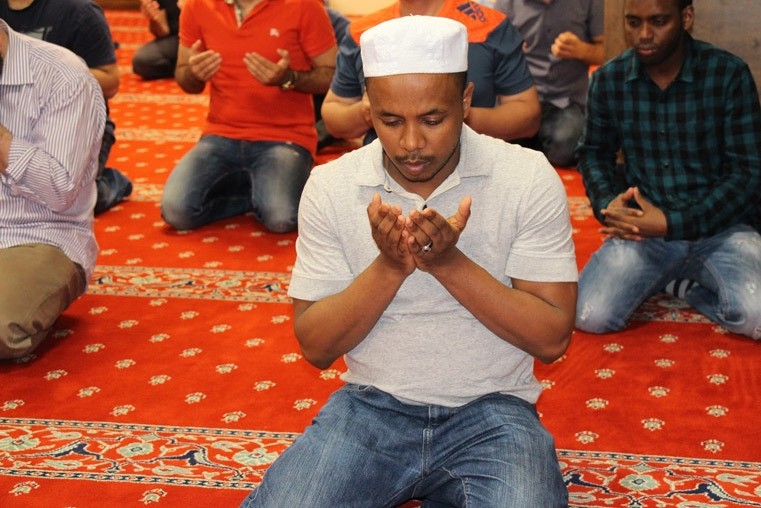 | AA Photo
by daily sabah Jun 19, 2016 12:00 am
After years in the making, Toronto's new Mevlana Mosque has been officially opened on Sunday as a place of worship.

The building will serve as a prayer space and a community center for Muslims, as well as a place to learn about Islam.

Currently the mosque is holding iftar dinners for around 100 people. (Iftar is the breaking of the fast during Ramadan.)

Muslims living in the area were complaining that they had nowhere to perform their prayers so the project was undertaken, Ahmet Cengizhan Dereci, head of the Aziz Mahmud Hüdayi Foundation which funded the project, said.

"We finally found the building just a couple of months ago, with the support of our elders we were able to purchase and construct the Mosque for $600,000 without getting into any interest or a mortgage," Dereci, stated. He added that the mosque's rugs and tiles were imported from Turkey.

Now, they have a place of their own.

"This mosque is not only for prayer, but foreducating kids and families," Dereci added.
Last Update: Jun 19, 2016 6:07 pm
RELATED TOPICS