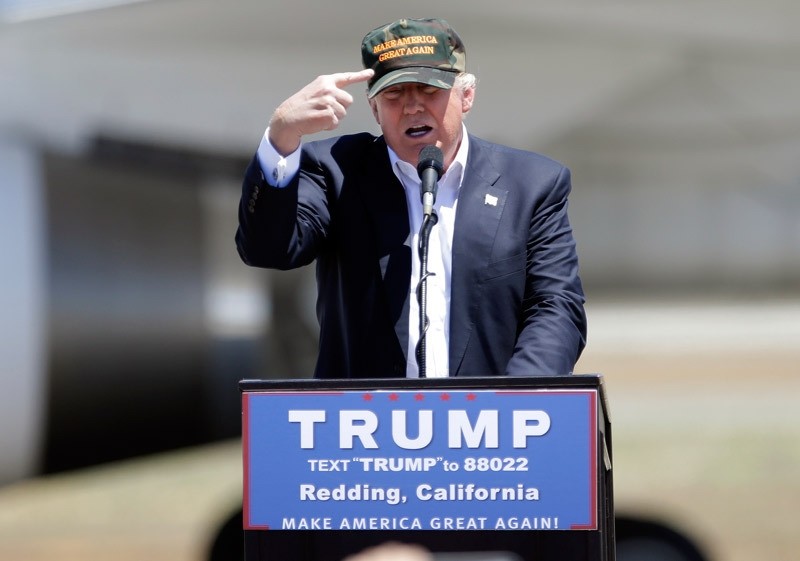 A new economic analysis finds that Donald Trump's economic plans would produce a lengthy recession and millions of job losses.

The study by Moody's Analytics, an economic research service, predicts there would be 3.5 million fewer jobs and unemployment rate as high as 7 percent at the end of Trump's four-year term — if all of his stated policies become law.

The rate is currently below 5 percent.

Trump's plans would "diminish the nation's growth prospects," according to the report released Monday.

Mark Zandi, the lead author of the report, was an economic adviser to Republican Sen. John McCain's presidential campaign. He also was a big defender of President Barack Obama's stimulus package.

Corey Lewandowski, freshly fired from Donald Trump's presidential campaign, is throwing shade at one of the billionaire's key advisers.

Michael Caputo, a veteran New York Republican operative who has been advising the campaign, on Monday tweeted a photo from the "Wizard of Oz" showing the Wicked Witch of the East's feet sticking out from under a house. "Ding dong the witch is dead!" Caputo tweeted after Lewandowski's firing.

Lewandowski says Caputo is, "not a senior adviser," and that "I really don't know what he does for the campaign."

Caputo is focused on shifting the campaign to the convention, where Trump is poised to be formally nominated next month in Cleveland.

Corey Lewandowski says he had, "a nice conversation with Mr. Trump" while the presumptive GOP presidential candidate was firing him.

Trump's campaign manager until Monday morning said he told Trump it had been "a privilege" to work for the campaign.

Lewandowski said he plans to go to the Republican National Convention as the chairman of the New Hampshire delegation.

In the interview on CNN, Lewandowski relentlessly painted his firing as not the product of anything unpleasant. He said his relationships with Trump, chief adviser Paul Manafort, the candidate's daughter, Ivanka, were good.

Some of Trump's children were among those urging the billionaire businessman to change tactics for the general election.