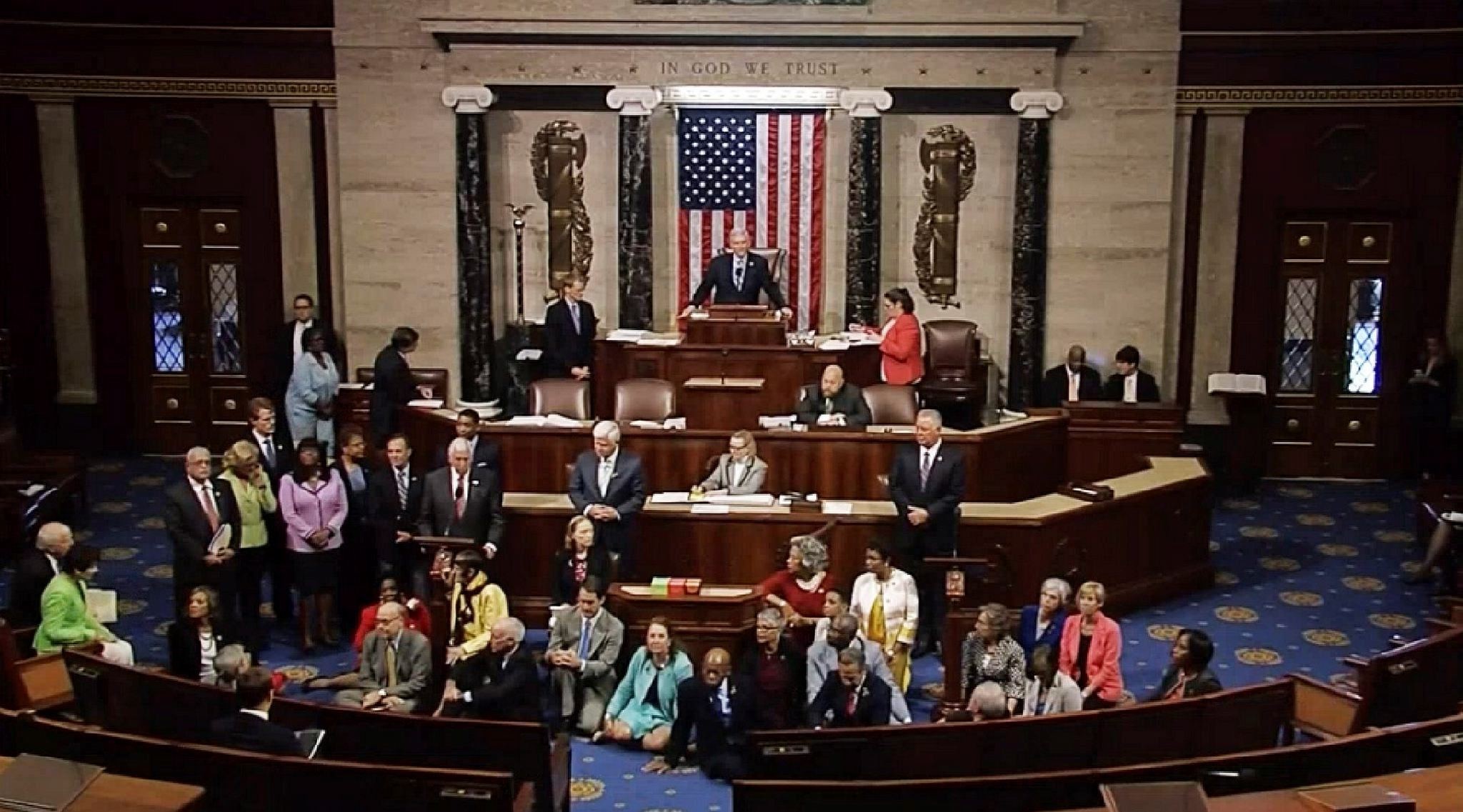 A group of Democratic lawmakers staged a sit-in on the floor of the US House of Representatives Wednesday to demand a vote on tougher gun laws.

Congressman John Lewis declared several dozen lawmakers would occupy the floor until Speaker of the House Paul Ryan schedules a vote on a measure to keep people on the terrorist no-fly list from buying guns.

"How many more mothers, how many more fathers need to shed tears of grief before we do something? We were elected to lead Mr Speaker," Lewis said in remarks from the floor.

"Today we come to the well of the House to dramatize the need for action, not next month, not next year, but today."

The lawmakers took to the chamber just before legislative business was due to begin for the day. After the chamber was briefly gavelled into order, the chairman put the House into recess because it was "not in a state of order due to the presence of members in the well who are not currently recognized."

The move comes amid demands for action on tougher gun laws following the latest mass shooting by an attacker pledging allegiance to Daesh at a gay nightclub in Orlando last week.

The upper Senate last week failed to pass a series of tougher gun laws aimed at preventing suspected terrorists from getting guns.