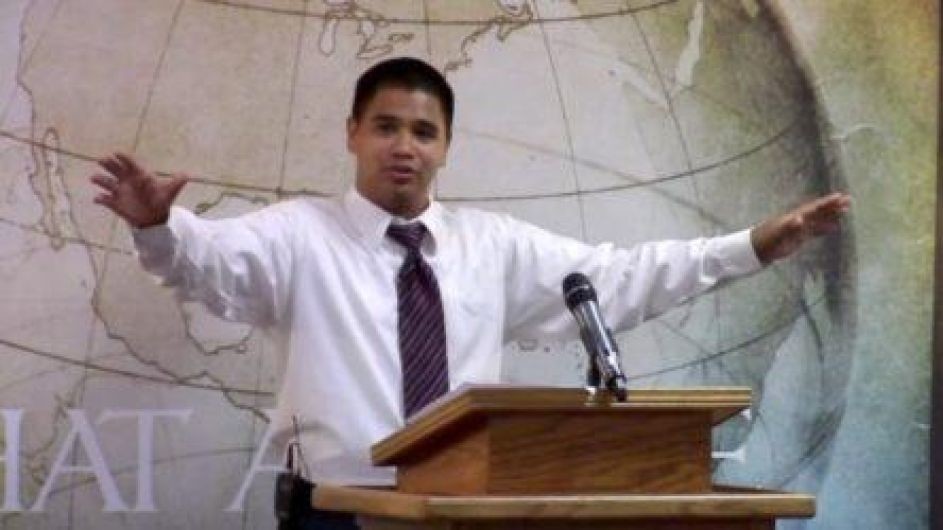 Pastor Roger Jimenez from the Verity Baptist Church in California's capital Sacramento praised the killing of over 53 people in Orlando's Pulse nightclub. Saying that the city is "safer thanks to the killing of pedophiles," he sparked immediate outrage

In a period that the anti-Muslim bigotry is taking center stage due to the brutal terrorism perpetrated by so-called "Islamic State" militants across the world, President Recep Tayyip Erdoğan's statement that "terrorism has no religion" once again proved right.

Even though this time the act was not beheading or killing innocent people in masses, the words of a pastor can be easily defined as encouragement, or at least justification terror attacks and hate crimes.

Pastor Jimenez applauded Orlando shooter Omar Mateen, who reportedly pledged allegiance to Daesh terrorist group right before the attack, for killing over 50 people in a gay nightclub in Orlando.

"The tragedy is that more of them didn't die," the hate-filled pastor told the audience. "I'm kind of upset he didn't finish the job — because these people are predators."

Labeling the LGBT community in the nightclub as "pedophiles," he lashed out at the slain people.

"Are you sad that 50 pedophiles were killed today? Um, no. I think that's great. I think that helps society. I think Orlando, is a little safer tonight," he said hours after the carnage.

"I wish the government would round them all up, put them up against a firing wall, put the firing squad in front of them and blow their brains out," he added in all-out hatred.

Claiming that he wasn't advocating violence, he urged his community to celebrate the blood bath.

"You don't mourn the death of them. They deserve what they got. You reap what you sow. But we don't advocate it either. We're not calling people to arms — and if somebody goes out and says I'm going to go kill sodomites — you don't listen to those people. That's not what we're saying."

Many clergymen condemned the pastor's hateful comments on the bloodshed. Sparking immediate reaction on social media, the pastor drew fire but also failed to comment.

Baptist leaders across the United States have also offered their condolences for the victims, with some churches opening with prayers for the slain.

Some 53 people were killed and 53 were injured at a gay nightclub in Orlando, Florida, after Mateen attacked the nightclub with an automatic weapon an seized hostages on June 12, prompting a police SWAT team to storm the venue.

Recent reports, however, suggested that Mateen himself was a frequent visitor to the nightclub. His friends and former wife stated that Mateen had strong hints of homosexual tendencies, therefore the attack would probably be classified as a hate crime.

Orlando Mayor Buddy Dyer told a news briefing that the shooter, identified as Omar Mateen of Port St. Lucie, Florida, used an assault rifle on all those killed. The NBC later reported that Mateen called 911 before shooting began and reportedly pledged allegiance to Daesh.