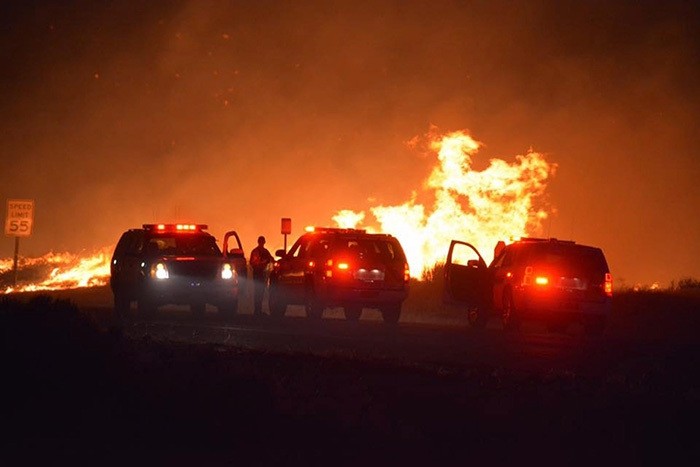 A fast-spreading fire in central California has destroyed at least 80 buildings and is threatening 1,500 more, prompting the evacuation of 10 neighborhoods, the authorities said Thursday night.

The fire three hours north of Los Angeles -- dubbed the Erskine fire -- had spread to an estimated 5,000 acres (20 square kilometers), prompting the mobilization of hundreds of firefighters, the news website Inciweb said.

The authorities closed several highways and evacuated two schools and a retirement home in the agricultural and oil region after the blaze started Thursday afternoon due to unknown causes.

The blaze is "extremely dangerous, extremely volatile," Kern County Fire Captain Tyler Townsend told the Los Angeles Times. "It's one of the most devastating I've ever seen."

California is experiencing a record five-year drought. Trees and brush are at risk of igniting from the smallest spark.

Temperatures that climbed to more than 100 degrees Fahrenheit (40 degrees Celsius) earlier this week increased the risk of fire.

More than fourteen large fires are currently raging in the United States, mostly in the southwest, where a record heat wave left at least five dead earlier this week.