Bernie Sanders says will vote for Clinton in US election 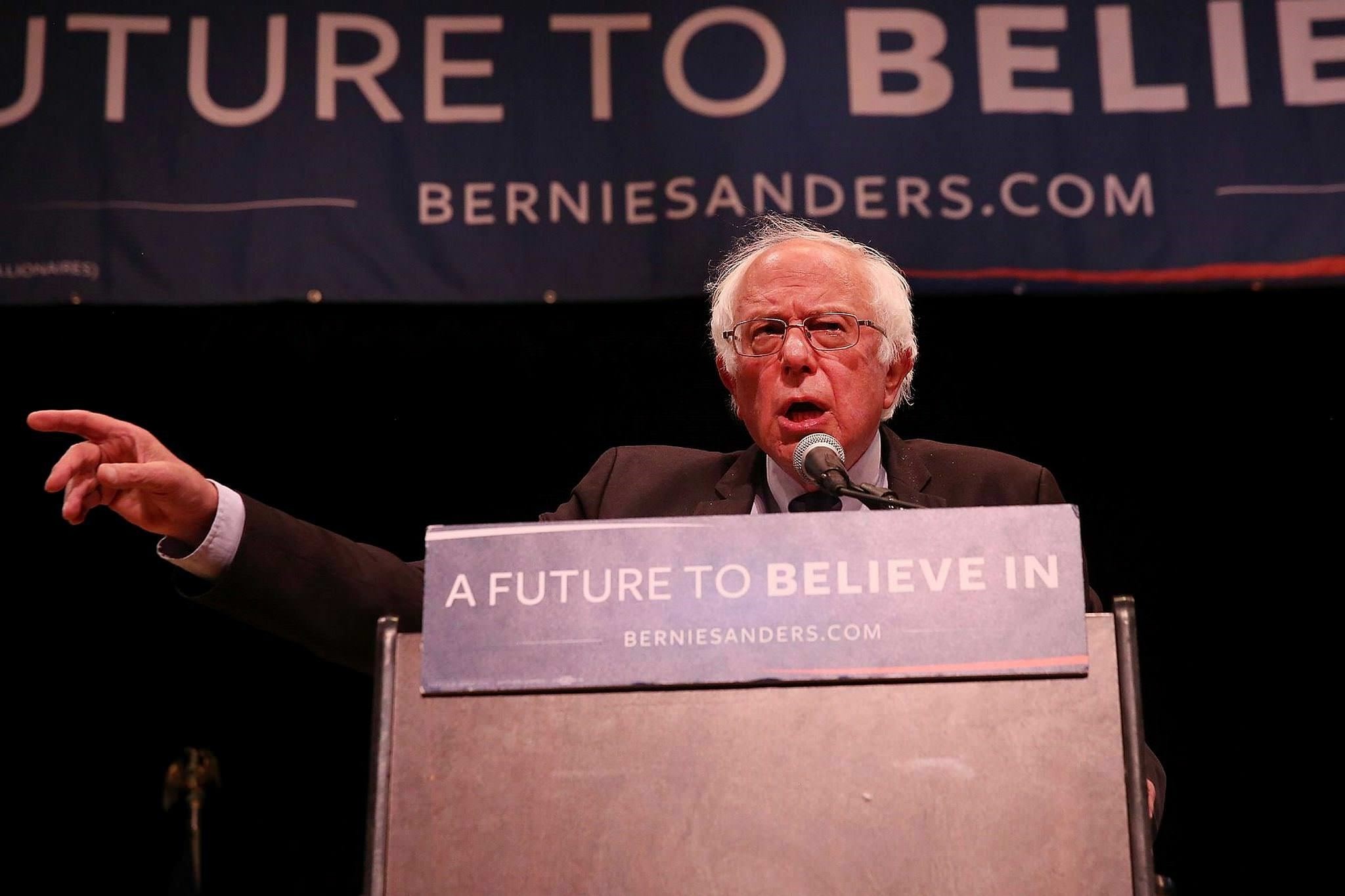 Bernie Sanders said Friday he will vote for Hillary Clinton in the US presidential election in November, bowing to his rival for the Democratic nomination but stopping short of endorsing her.

Asked on MSNBC whether he would cast his ballot for Clinton, the Vermont senator -- who waged a surprisingly tough campaign against the former secretary of state during the primaries -- said, "Yes."

"I think the issue right here is I'm going to do everything I can to defeat Donald Trump," Sanders said, referring to the billionaire businessman who is the presumptive Republican presidential nominee.

But rather than praise Clinton or offer an outright concession -- something many Democrats have been hoping to hear ahead of the party's nominating convention next month -- Sanders instead laid into the Republican flagbearer as unfit for the Oval Office.

"I think Trump, in so many ways, will be a disaster for this country if he were to be elected president," Sanders told the network, charging that the cornerstone of Trump's campaign is "bigotry."

He said Trump has alienated many voters with his provocative rhetoric that involves "insulting Mexicans and Latinos and Muslims and women," and that he is a candidate "who does not believe in the reality of climate change."

Sanders has repeatedly stressed he wants to carry his insurgent campaign all the way to the Democratic national convention in July in Philadelphia.

He has resisted dropping out of the race and embracing Clinton's campaign, even though the primaries are over and the onetime first lady and senator has reached the delegate threshold she needs to formally secure the nomination.

Asked Friday on CBS This Morning why he has yet to formally endorse Clinton, Sanders responded: "Because I have not heard her say the things that I think need to be said."

The 74-year-old acknowledges he wants to exert influence on Clinton and push her policy positions more to the left, including "to make sure that the Democratic Party becomes a party that represents working people, not Wall Street," he said on MSNBC.

In a New York speech Thursday entitled "Where we go from here," Sanders reiterated his claim that the political revolution he started was not about him but the future of a "grassroots" movement.

"Election days come and go, but what is much more important is that political and social revolutions continue," he said.

"Our goal from Day 1 has been to transform this nation, and that is the fight we are going to continue."

Sanders, who describes himself as a democratic socialist, did surprisingly well during primary season by winning over younger voters, in particular with his pledges to overhaul what he calls a tainted political and economic system and work to end income inequality in America.

The challenge for Clinton will be luring those Democrats and independents who backed Sanders in the primaries.

Clinton has expressed confidence that come November she will be able to win over those voters.

But she is a divisive candidate, even within her own party, and recent polling suggests Democrats rallying around her is no foregone conclusion.

A June 14 national Bloomberg politics poll showed just over half of Sanders supporters -- 55 percent -- planned to vote for Clinton, with 22 percent saying they would vote for Trump and 18 percent opting for Libertarian Gary Johnson.

Organizers from the progressive group "Democracy Spring," which includes many Sanders supporters, said they were sending some 150 trained activists to the Democratic convention.

The group says they are prepared to engage in "mass civil disobedience" if the party refuses to reform its nominating process and reduce corporate influence on elections.