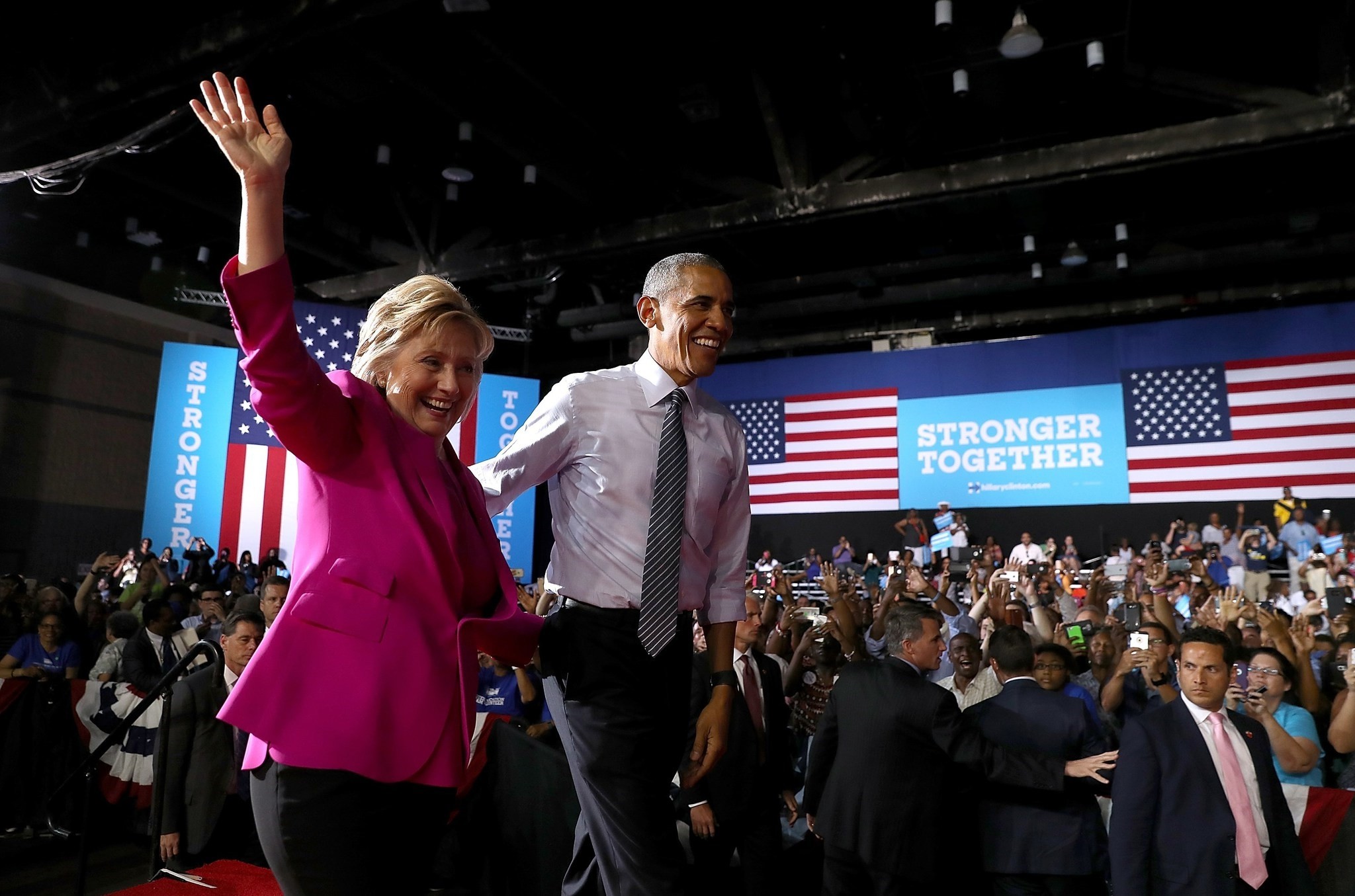 "I'm here today because I believe in Hillary Clinton, and I want you to help elect her to be the next president of the United States of America," he told a rally in Charlotte, North Carolina.

Obama praised her character and reflected on their long political history, including the hard-fought nomination battle between them in 2008 and his decision to ask her to be his secretary of state.

But the rally was overshadowed by questions about Clinton's use of a private email server while secretary of state from 2009-13. Earlier Tuesday, FBI Director James Comey said that Clinton had exercised poor judgement in the matter, even as he declined to recommend charges.

Clinton arrived at the rally in the expected swing-state of North Carolina aboard Air Force One with Obama.

She had to wait for months for Obama's endorsement during a long primary battle against Senator Bernie Sanders and hopes to capitalize on Obama's popularity, particularly among the Democratic Party stalwarts she will need to draw to the polls in the November general elections.

Clinton introduced Obama at the rally and gave her own ringing endorsement of his two terms in office.

"He knows a thing or two about winning elections. Take it from me," Clinton declared, in a nod to their 2008 contest. "And he also knows that despite all the progress we've made under his leadership ... we still have a lot of work to do."

She blasted Republican rival Donald Trump, who had charged it was "no accident" that the FBI did not recommend charges against Clinton on the day she appeared with Obama at a campaign rally for the first time.

"The world hangs on every word our president says. And Donald Trump is simply unqualified and temperamentally unfit to be our president and commander in chief," she said.

Obama said that in contrast, Clinton is "steady and true," noting he had watched her decision-making first hand.

He blasted Trump, without naming him, accusing him of not having what it takes to be president.

"Everybody can tweet, but nobody actually knows what it takes until you've actually sat behind the desk," Obama said.
RELATED TOPICS