Trump would be only world leader to deny climate change 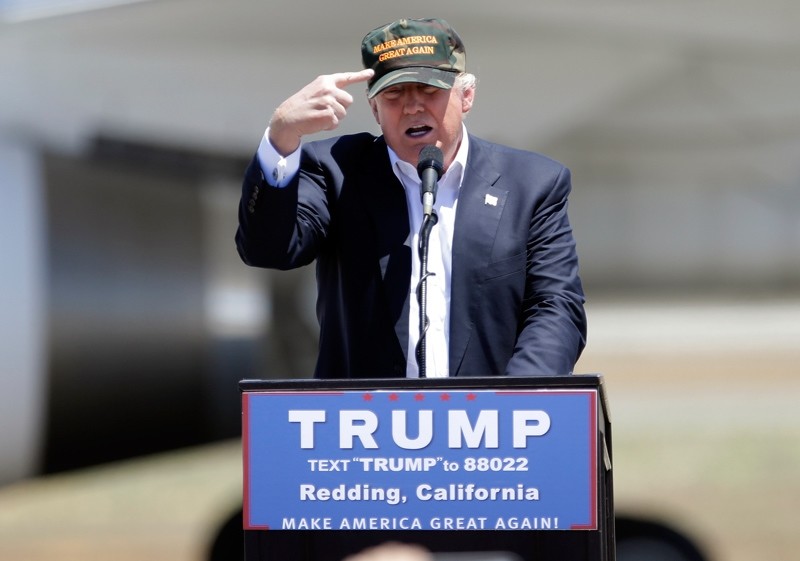 If elected president, Donald Trump would be the only head of state in the world to contend that climate change is a hoax, according to a study.

The Sierra Club compiled public statements from the leaders of the 195 nations recognized by the State Department. An advance copy of the group's report, to be released Tuesday, was provided to The Associated Press.

In contrast to public statements by the presumptive Republican presidential nominee calling climate change a "con job" and a "myth," the leader of every U.S. ally urges action to reduce climate-warming carbon emissions, including Great Britain, Germany, France, Japan and Canada.

Chinese President Xi Jinping, head of the Earth's most populous country and the No. 1 global emitter of carbon, has called for eventually phasing out dirty coal-fired power plants and is leading an ambitious national effort to build massive arrays of solar panels and wind turbines.

The regime of reclusive North Korean dictator Kim Jong Un signed on to the Paris accord last year and is implementing a 10-year push to plant new forests as part of a "national effort to mitigate climate change by reducing greenhouse gas emissions."

Even the leaders of nations economically dependent on oil production also accept the reality that the world's climate is warming, including Russian President Vladimir Putin and Saudi King Salman.

Trump, meanwhile, has pledged to "renegotiate" U.S. commitments under the Paris accord and has suggested that the science of climate change is part of a plot to weaken the American economy.

"The concept of global warming was created by and for the Chinese in order to make U.S. manufacturing non-competitive," Trump tweeted in 2012.

He has also cited cold winter weather as evidence the world is not really warming.

"The entire country is FREEZING — we desperately need a heavy dose of global warming, and fast! Ice caps size reaches all time high," Trump tweeted during a 2014 blizzard.

While Trump's climate-change denial has become orthodoxy within the Republican Party, it is at odds with the overwhelming consensus of the world's scientific community and rejects reams of data about how the Earth's climate is changing.

According to NASA, 97 percent of the climate scientists agree that the world is getting hotter and that man-made carbon emissions are to blame. Ten of the warmest years in history have occurred in the past 12. Studies show the Greenland and Antarctic ice sheets have decreased in mass, while the world's oceans have risen on average nearly 7 inches in the last century.

Despite his public stance, there is evidence that Trump the businessman may be hedging his bets. Earlier this year, the Trump International Golf Links and Hotel in Ireland cited the threat of sea level rise in a permit application to build a nearly two-mile-long stone wall between it and the Atlantic Ocean.

Trump campaign spokeswoman Hope Hicks did not respond Monday to requests for comment.

John Coequyt, the Sierra Club's director for global climate policy, said Trump's failure to acknowledge basic climate science would leave him isolated on the world stage as president, adding, "Trump's climate science denial would make him a global laughingstock if it wasn't so dangerous."