US to help Turkey investigate failed coup attempt by FETÖ 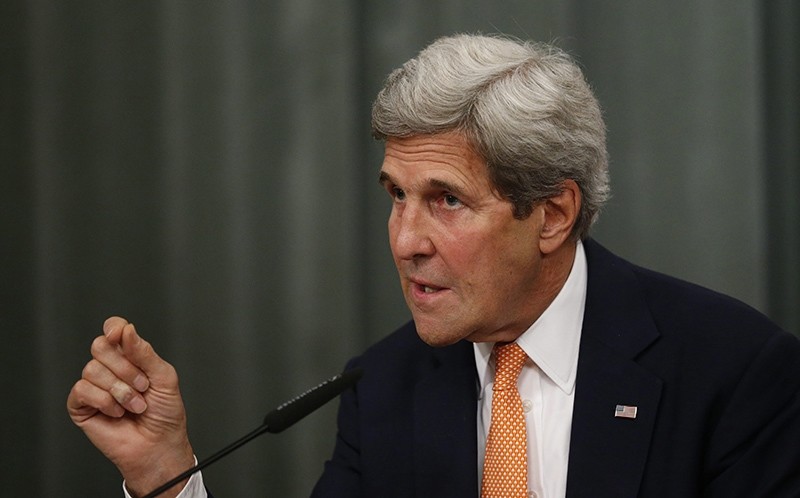 Secretary of State John Kerry said Saturday the United States will help Turkey investigate a failed coup and invited Ankara to share any evidence it has against US-based figure Fethullah Gülen, who is the leader of the Gülenist terror organization (FETÖ).

Speaking in Luxembourg, Kerry said Washington had not yet received a formal extradition request for Gülen, but added: "We fully anticipate that there will be questions raised about Mr Gülen."

He is accused of being behind Friday's bloody coup attempt, through his agents who have infiltrated state organizations.

Kerry who spoke late Friday to his Turkish opposite number Mevlüt Çavuşoğlu by telephone, said: "We haven't received any request with respect to Mr Gülen.

"And obviously we invited the government of Turkey, as we always do, to present us with any legitimate evidence that withstands scrutiny and the United States will accept that and look at it and make judgements about it appropriately."

Standing alongside Luxembourg's Foreign Minister Jean Asselborn outside the country's foreign ministry, Kerry told reporters: "I'm confident that there will be some discussion about that."

Speaking more broadly about the situation in Turkey, Kerry said he understood that a measure of calm had returned after the dramatic events and that all US embassy personnel had been accounted for.

"The United States without any hesitation squarely and unequivocally stands for democratic leadership, for respect for a democratically elected leader ... and we stand by the government of Turkey," Kerry said.

Washington's top diplomat said that the embassy was seeking to confirm that no US citizens travelling in Turkey had been harmed, and expressed US condolences to the relatives of the more than 250 Turks estimated to have died.

He expressed Washington's hope "that in the immediate hours things will remain calm, that there will be a constitutional process and a legal process that will deal with coup plotters."

He said that, so far, the crisis in Turkey had not affected the country's cooperation with the rest of the NATO alliance nor its role as part of the US-led coalition fighting Daesh in neighboring Turkey.

"I'm sure that people will wonder about allegations of who may have instigated this and where the support came from," Kerry said, in a nod to the accusations swirling around Gülen and his alleged supporters in the Turkish military.

"The United States will obviously be supportive of any legitimate investigative efforts and under due process and within the law we will be completely supportive of efforts to assist the government of Turkey if they so request."