Six wealthiest nations take in only 9 percent of refugees 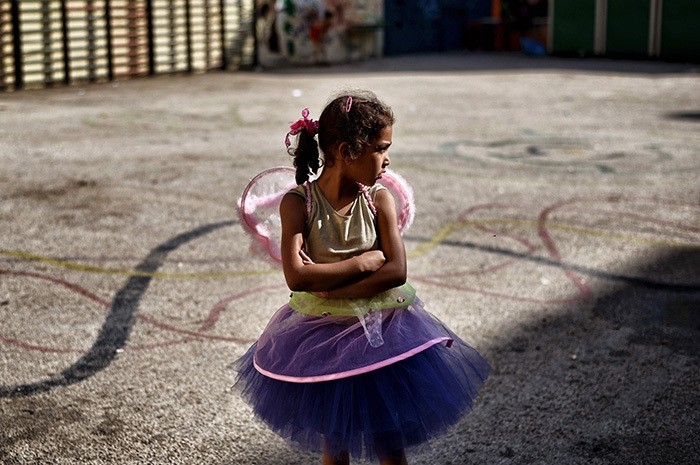 A young girl stands in the courtyard of an abandoned school used by volunteers for hosting Syrian and Afghan refugees in Athens on July 1, 2016. (AFP Photo)
by Daily Sabah Jul 18, 2016 12:00 am

The world's six-richest countries have taken in less than 9 percent of the world's refugees while the responsibility for providing refugees with basic needs such as shelter, food and health care as well as jobs and education is disproportionally falling on poorer countries, according to a report by Britain-based Oxfam released yesterday.

The charity urged the world's richest countries to act together and responsibly and to do much more for the world's most vulnerable people who are fleeing war and violence.

According to the report, the United States, China, the United Kingdom, Japan, Germany and France, the countries that make up more than half of the global economy, only host 2.1 million refugees and asylum seekers, which is 8.88 percent of total refugees. In contrast, countries that have a smaller gross domestic products (GDP), shoulder more responsibility in helping refugees.
The report said Germany takes the largest share of these 2.1 million people with around 700,000 people while the remaining 1.4 million people are split between the other five countries.

Turkey, Jordan, Pakistan, Palestine, Lebanon and South Africa are among the countries that have the biggest share of the world's refugees, with nearly 12 million people in total.

CNN quoted Winnie Byanyima, executive director of Oxfam International, as saying: "It is shameful so many governments are turning their backs on the suffering of millions of vulnerable people who have fled their homes and are often risking their lives to reach safety."

According to the U.N. High Commissioner for Refugees (UNHCR), forced displacement around the world increased in 2015. "By the end of the year, 65.3 million people were forcibly displaced worldwide as a result of persecution, conflict, general violence or human rights violations," the UNHCR Global Trends 2015 report said. The number is 5.8 million more than the previous year. The report also said Turkey has the biggest share of refugees, followed by Pakistan and Lebanon. Among the 65.3 million people worldwide, 21.3 million are refugees and "3.2 million are awaiting asylum decisions in industrialized countries," the Oxfam report said.

Oxfam also warned of a "dangerous trend" of governments turning their backs on the world's most vulnerable people.