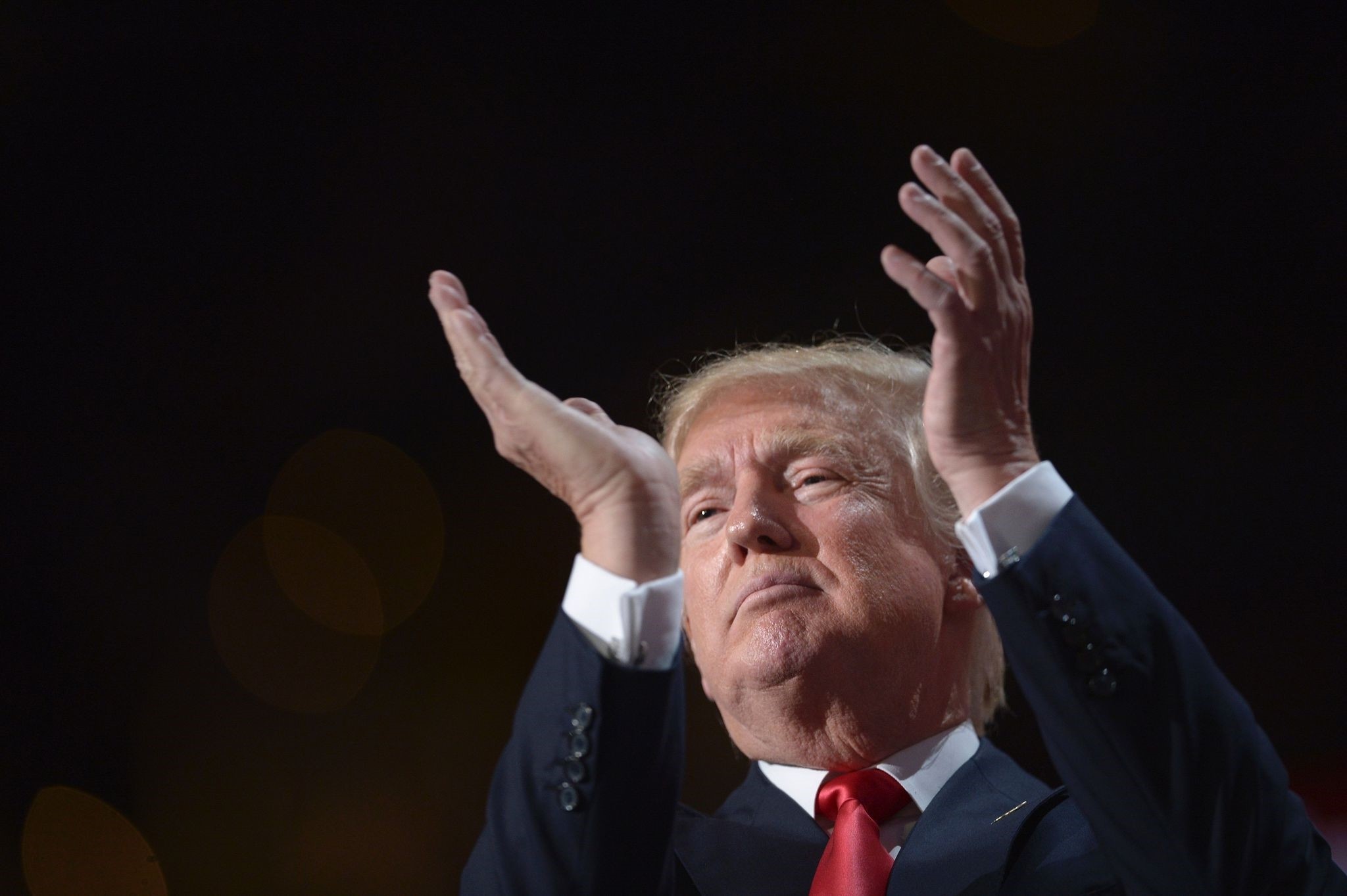 In an interview on Thursday with the New York Times, U.S. presidential hopeful Donald Trump said that the U.S. was in no position to criticize Turkey after the failed coup especially when the U.S. is dealing with a lot of problems such as police shootings and riots.

Although Europe has expressed discontent about the mass arrests of judges, teachers, military officers and others for having links to the failed Gülenist coup, Trump sided with Erdoğan on the matter.

"The coup never took place—the coup was not successful, and based on the fact, and I give great credit to him [Erdoğan] for being able to turn that around," he said of Erdoğan's moves after the coup.

He further defended the president saying: "You know, the first hour, it seemed like it was over. Then all of a sudden, and the amazing thing is the one that won that was the people. They came out on the streets… The people came out of their homes… So that was quite impressive from the standpoint of the existing government."

President Erdoğan had called on all citizens to take to the streets to defend their country and democracy during the night of the coup.

The EU and Secretary of State John Kerry have urged Turkey to honor the rule of, but Trump said that such advice, coming from the U.S. itself, was out of line.

"Right now when it comes to civil liberties, our country has a lot of problems, and I think it's very hard for us to get involved in other countries when we don't know what we are doing and we can't see straight in our own country… We need allies," he told the Times.

He drew attention to recent events in the U.S. which has attracted a lot of negative reaction from people both inside and outside of the country. "We have tremendous problems when you have policemen being shot in the streets, when you have riots, when you have Ferguson. When you have Baltimore," he said.

The U.S. has witnessed nationwide protests against police brutality, which first took place in Ferguson, Missouri, over the death of Michael Brown, 18, who was fatally shot by a police officer in August 2014, and later in Baltimore in the wake of peaceful demonstrations over the death of Freddie Gray on April 19, 2015, questions have been raised regarding the existence of systemic injustice and racial discrimination against people of color in the U.S. In Baltimore, violent clashes took place between police and angry crowds on Baltimore's streets after the funeral of Gray, a 25-year-old black man who was fatally injured while in police custody. Similar events took place in Ferguson, Missouri, when Michael Brown, an 18-year-old African-American male, was shot dead after an altercation with Darren Wilson, a 28-year-old white male Ferguson police officer. Wilson was not indicted by a grand jury on any criminal activity in relation to killing Brown. During the Ferguson protests, many police officers and demonstrators were injured.