'I wake up every morning in a house built by slaves,' says Michelle Obama 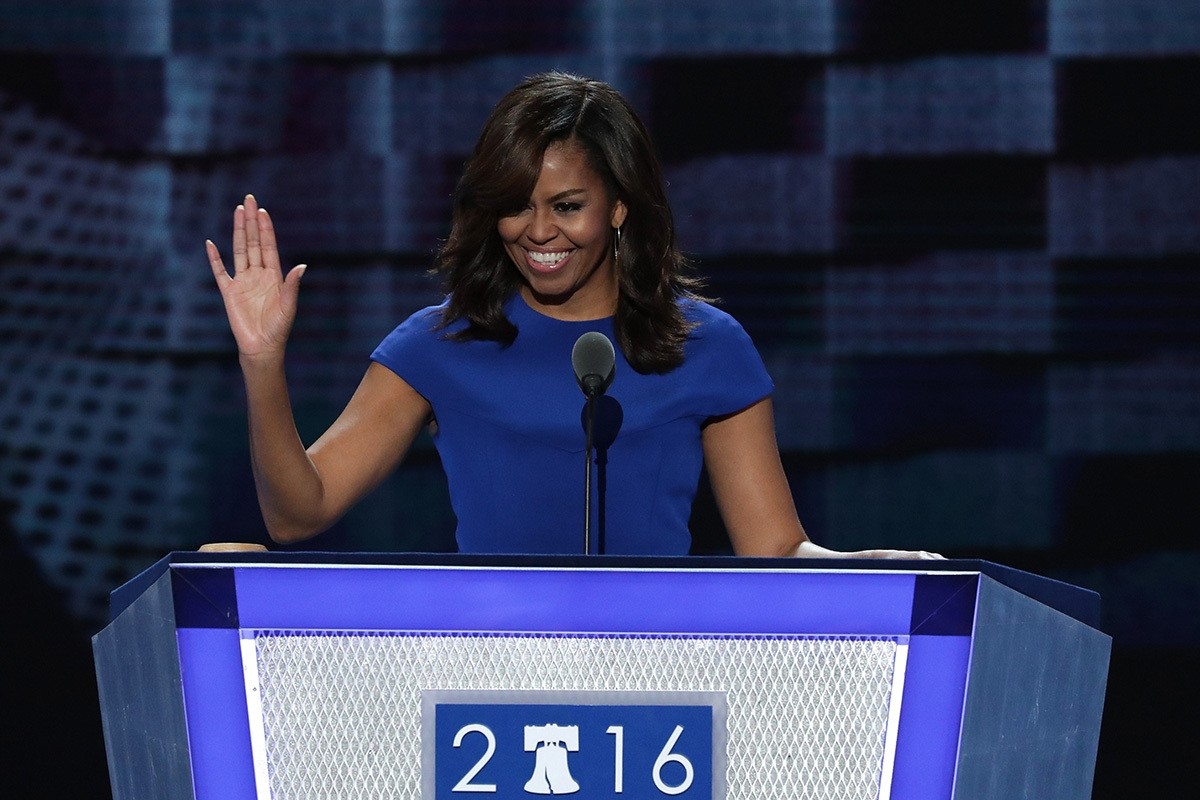 'I wake up every morning in a house built by slaves,' says Michelle Obamahttps://t.co/fIsPepOr1i pic.twitter.com/IPi8JPTmLQ


Michelle Obama, the first lady, gave a speech in support of a former first lady, presidential hopeful Hillary Clinton, and described America as "the greatest country on earth", clashing with Republican Donald Trump's "Make America Great Again" slogan and bringing an arena crowd riven by a fierce fight for the nomination to its feet.

"I wake up every morning in a house that was built by slaves, and I watch my daughters - two beautiful, intelligent, black young women - playing with their dogs on the White House lawn," Michelle Obama said.

Obama's husband, President Barack Obama, for years has drawn praise for his oratorical skills. But Monday night belonged to her.

"Don't let anyone ever tell you that this country isn't great, that somehow we need to make it great again, because this right now is the greatest country on earth," she said.

The speech triggered wild applause among delegates in the Wells Fargo Center, where anger over Senator Bernie Sanders' loss in the primary elections against Clinton had taken the form of jeers during speeches earlier in the day.

Some Sanders supporters had called out at some points early in Obama's speech, but were shushed.

Garry Mauro, head of the Clinton delegation for Texas, called Michelle Obama's speech "stunningly good." Several Twitter users said the speech brought them to tears, while others marveled at its positive tone in an election year marked by blunt exchanges.

Michelle Obama became the top searched speaker of the night on Google. On Twitter, about 40 tweets mentioning the first lady were posted every second, according to social media analytics firm Zoomph.

The president lauded her performance.

"Incredible speech by an incredible woman. Couldn't be more proud & our country has been blessed to have her as FLOTUS. I love you, Michelle," he wrote in a Twitter post, using an acronym for first lady of the United States.

Michelle Obama, a lawyer who has advocated for military families and working women during her seven-and-a-half years as first lady, has earned a reputation for inspirational speeches.

"One can completely understand why people plagiarize Michelle Obama," actress Mia Farrow said in a Twitter post after the first lady's speech.