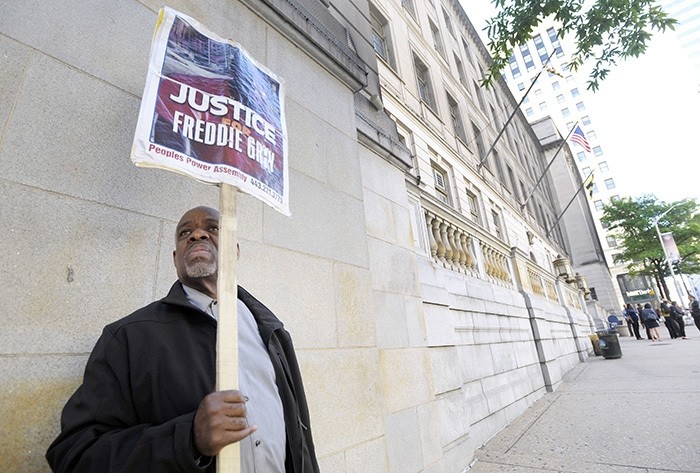 Prosecutors dropped the remaining charges Wednesday against three Baltimore police officers awaiting trial in the death of Freddie Gray, bringing an end to the case without a conviction.

Gray was a black man whose neck was broken while he was handcuffed and shackled but left unrestrained in the back of a police van in April 2015. His death added fuel to the growing Black Lives Matter movement and caused turmoil in Baltimore, including large protests and the worst riots the city had seen in decades.

The decision by prosecutors comes after a judge had already acquitted three of the six officers charged in the case, including the van driver and another officer who was the highest-ranking of the group.

A fourth officer had his case heard by a jury, who deadlocked and the judge declared a mistrial.

Prosecutors had said Gray was illegally arrested after he ran away from a bike patrol officer and the officers failed to buckle Gray into a seat belt or call a medic when he indicated he wanted to go to a hospital.

In Baltimore, violent clashes took place between police and angry crowds on Baltimore's streets after the funeral of Gray, a 25-year-old black man who was fatally injured while in police custody.

Similar events took place in Ferguson, Missouri when Michael Brown, an 18-year-old African-American male, was shot dead after an altercation with Darren Wilson, a 28-year-old white male Ferguson police officer. Wilson was not indicted by a grand jury on any criminal activity in relation to killing Brown. During the Ferguson protests, many police officers and the demonstrators were injured.
Last Update: Jul 27, 2016 5:39 pm
RELATED TOPICS