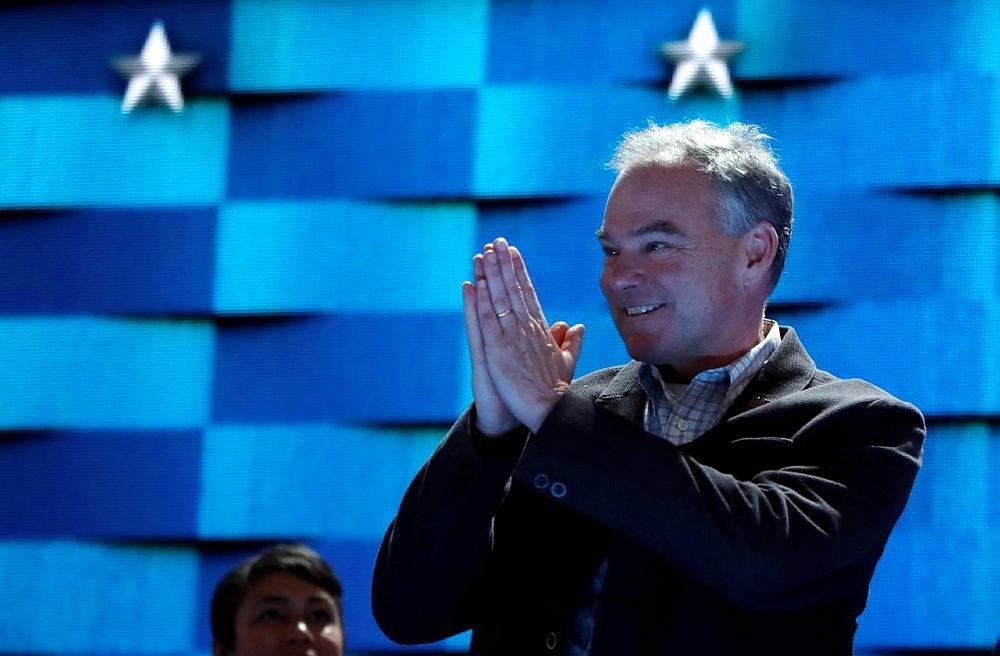 Democrats gathered in Philadelphia formally selected Tim Kaine as their US vice presidential candidate Wednesday, completing the party's ticket for the November election.

Kaine, a 58-year-old senator from the battleground state of Virginia, was nominated by voice vote, setting the stage for his address to the convention later in the evening.

Congresswoman and acting convention chair Marcia Fudge motioned to dispense with the roll call vote and nominate Kaine by acclamation, which led to a chorus of "Ayes."

"The motion to suspend the rules and nominate by acclamation is adopted," declared Fudge to loud cheers.

The tickets are now set for both parties: Hillary Clinton and running mate Kaine for the Democrats, with Republicans Donald Trump and running mate Mike Pence, both of whom were nominated last week and their party's convention in Cleveland.

With working-class roots and a spotless record both as Virginia governor and senator, he is seen as helping Clinton garner support among reluctant independent male voters -- although at the risk of alienating the party's progressive left wing.

Supporters of Clinton's main adversary in the Democratic primary race, Bernie Sanders, had argued that she should choose a more liberal running mate such as the feisty leftist Elizabeth Warren.

But Clinton, at a Florida rally last weekend introducing her vice presidential pick, said Kaine was a can-do progressive who is ready to "step into this job and lead from Day One."

Kaine, she said, is "everything Donald Trump and Mike Pence are not."