US denies involvement in Gülenist-led coup attempt in Turkey 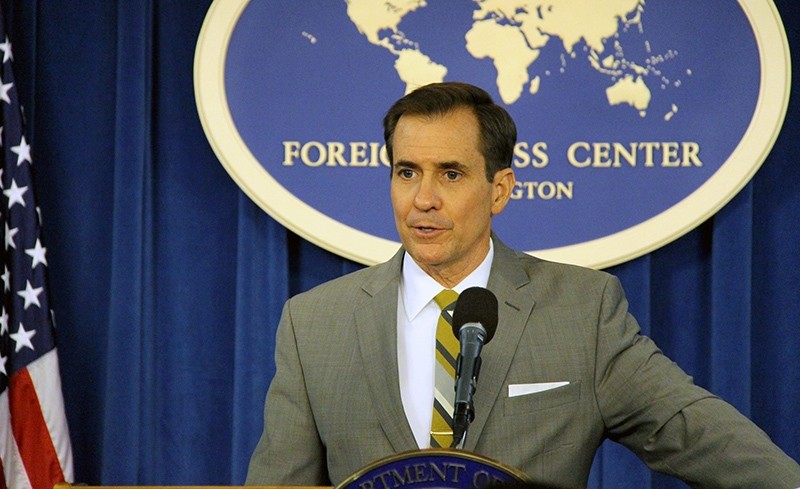 The State Department said Thursday that Turkey was not only an "ally" but also a "friend" and "partner," reacting to reports that the U.S. was behind recent failed coup attempt.

"Obviously we had no involvement in this," U.S. State Department spokesman John Kirby said during a press briefing, referring to the bloody putsch.

Reiterating that Turkey is right to investigate and hold those responsible who are behind the coup attempt, Kirby added that Turkey's democracy was important to the U.S.

"We've made clear that we understand the Turkish government has a right and a responsibility, quite frankly, to their citizens to get to the bottom of this," the spokesman said.

The spokesman said he could not further speak over details of another sovereign nation's domestic issues.

"Their success as a democracy matters to us," he said, adding as a friend and an ally the U.S. was going to continue to stay in close touch with Turkish authorities as they work through the process after the failed coup.

Kirby also added that Turkey remained a member of the coalition to counter Daesh, and that the U.S. was going to continue to look for ways to deepen and strengthen it going forward.

When asked whether the U.S. and Turkish relations would be affected if the mastermind of the failed coup attempt, Fetullah Gülen, was not extradited to Turkey, Kirby said the U.S. was still reviewing Turkey's formal extradition request and that there would be no update until that process was completed.

"I wouldn't get ahead of what is and can be a fairly lengthy legal process," he said.

After the failed coup attempt, Turkey requested Gülen's extradition from the U.S. The U.S. received the documents almost 10 days ago.

During the failed coup attempt, a total number of 246 people, including 62 police officers, five soldiers and 179 civilians were martyred and more than 2,100 others were injured.

Meanwhile, more than 66,000 people employed in state institutions have been dismissed from their posts amid a nationwide probe into the unsuccessful putsch attempt.