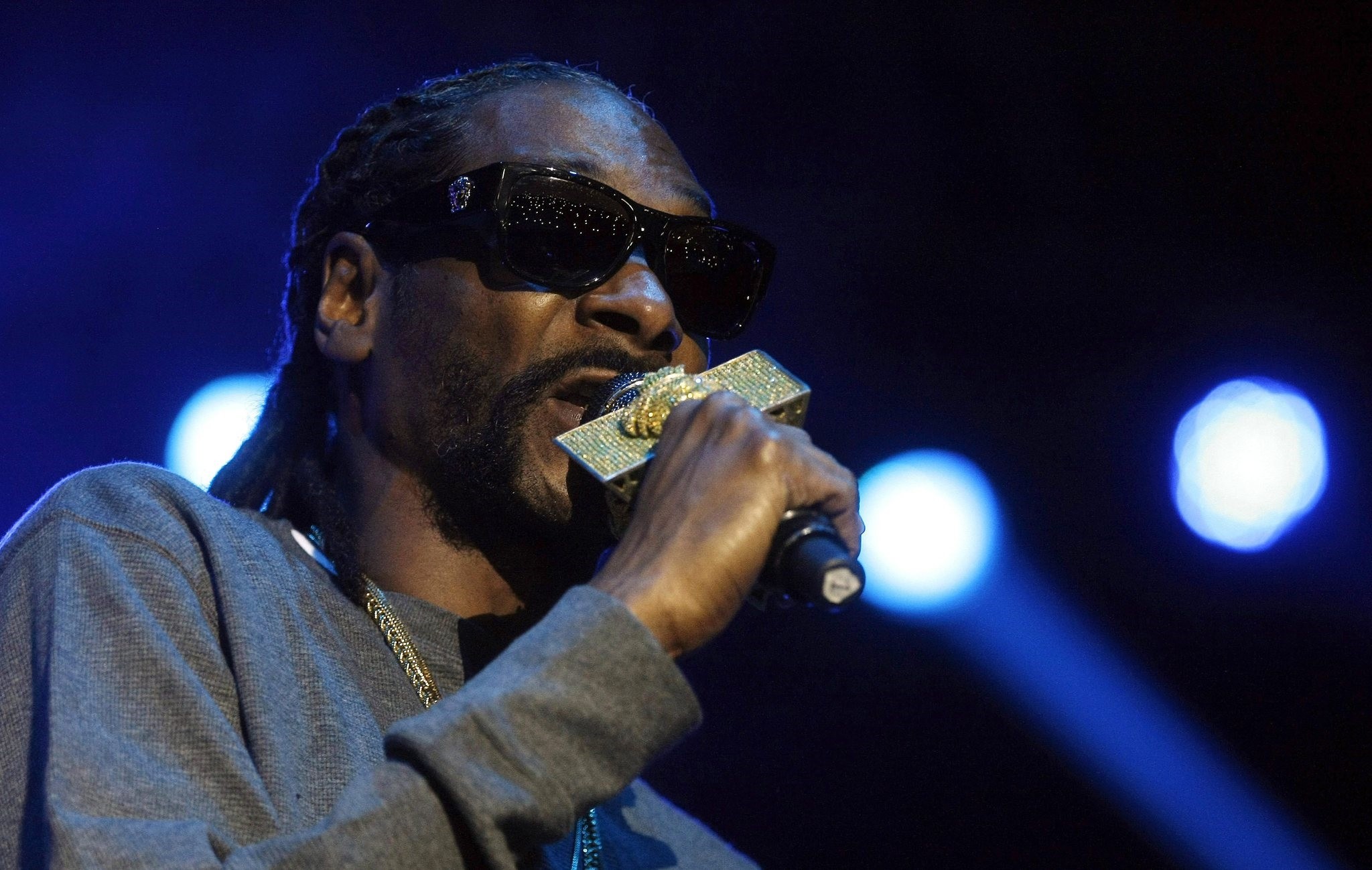 A file picture dated 11 March 2016 shows US rapper Snoop Dogg performing during his concert in Medellin, Colombia. (EPA Photo)
by Compiled from Wire Services Aug 06, 2016 12:00 am

One person remained hospitalized and dozens of others were injured after a railing collapsed during a New Jersey concert by rappers Snoop Dogg and Wiz Khalifa.

A partition separating concertgoers from a secondary stage at the BB&T Pavilion in Camden collapsed around 10:30 p.m. Friday, authorities said, causing people to fall roughly 10 feet onto the concrete below.

The collapse occurred as the performers were gesturing to fans to come toward the stage, officials said. That's when people rushed toward the railing and it collapsed.

The railing was separating a sloping lawn from a covered portion of the outdoor concert hall. The lawn is several feet above a concrete walkway.

One fan suffered a serious upper body injury and remained hospitalized Saturday in stable condition, Camden County spokesman Dan Keashen said Saturday. But the person's name and further details on his or her injuries were not disclosed.

Forty-one other concertgoers were treated for bruises and other minor injuries, though some fans had broken bones.

Concertgoer Katie Colbridge said the show, which was about halfway finished, stopped abruptly when the accident happened. The performers were ushered from the stage moments after the collapse occurred, and the show was later canceled.

An announcer urged the audience to remain calm as police and medics responded to the scene to tend to the injured. Many people left the area, while others were limping off or needed assistance from others.

Local police spokesperson Dan Keashen said most of the injuries were broken bones and bruises. One person was taken to a trauma center with a serious upper body injury and released Saturday morning.

The concert ended shortly after the incident.

Camden city spokesman Vincent Basara said city fire crews and inspectors responded to the scene and remained there Saturday morning. They were working to stabilize the railing where the collapse occurred and determine what repairs would be needed.