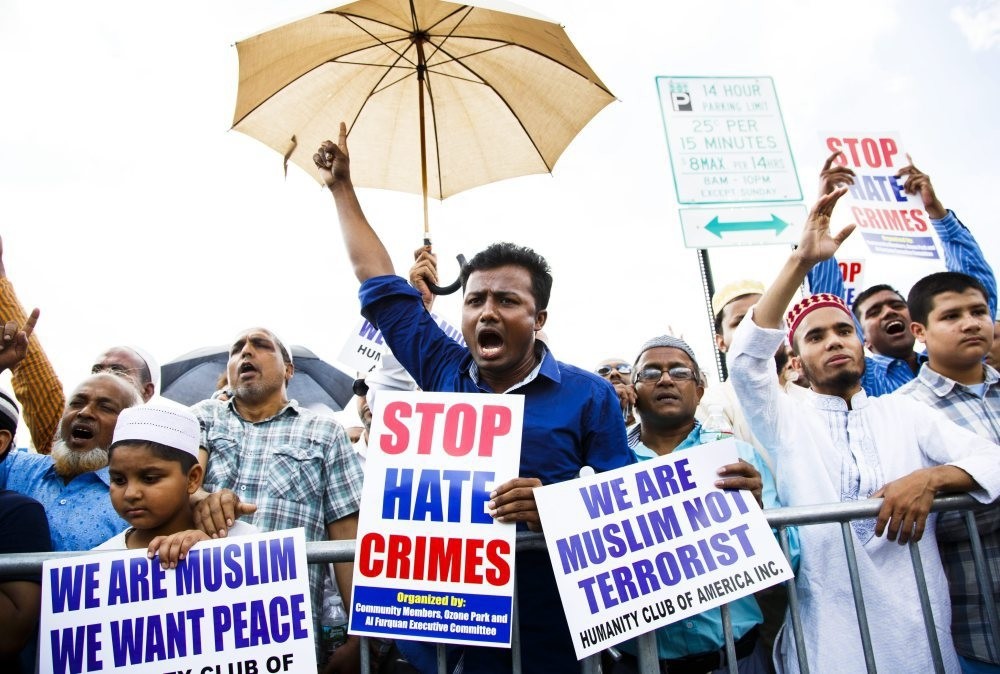 Days after a 55-year-old imam and his assistant were shot dead in New York, the city's Muslim community has voiced concern over Islamophobia and insisted that the case should be investigated as a hate crime

Muslim New Yorkers demanded stepped up security and justice on Monday, urging police to arrest the killer of an imam and his assistant before hundreds of mourners attended their funeral service.

Maulama Akonjee, 55, who migrated to the United States from Bangladesh, and his friend, 64-year-old Thara Uddin, were shot dead in broad daylight on Saturday afternoon in the Ozone Park neighborhood of New York's Queens borough.

Police charged Oscar Morel, 35, with two counts of second-degree murder and two counts of criminal possession of a weapon in the Saturday afternoon slayings of Akonjee and Uddin.

The New York Police Department's chief of detectives Robert Boyce said Morel was seen on surveillance video fleeing the area of the shooting in a black GMC Trailblazer. About 10 minutes later, a car matching that description struck a bicyclist nearby in Brooklyn.

The New York Daily News quoted police sources as saying the killer may have been settling a score in a feud between Muslims and Hispanics. Police say so far nothing indicates the two men were targeted because of their faith. But members of the Muslim community insisted Monday that police investigate the double murder as a hate crime, and dismissed suggestions that there was a turf war between minorities in the area.

Community leaders, clearly rattled by rising Islamophobia, slammed "xenophobic statements" made against Muslims speech by "politicians and candidates seeking the highest office in the land" - a clear reference to Donald Trump.

Trump, the New York billionaire and Republican nominee, used a keynote address Monday to demand ideological screening tests for immigrants. He has in the past called for a temporary ban on Muslims entering the country. New York police "must not engage in giving mixed messages," said one speaker, alleging that such messages create anger in the community. He demanded security cameras be erected outside Muslim places of worship and on the street where the two men were shot to be renamed in their honor.

Earlier Monday, about 1,000 people gathered at an Islamic funeral service for Akonjee, 55, and Uddin, 64, where emotions ran high. The ceremony featured several speakers who said they believed the victims were targeted because of their religion. Some members of the congregation shouted, "Justice!" periodically throughout the service.

Mayor Bill de Blasio, who paid his respects with other elected officials, promised extra police would protect mosques and Muslim communities, saying the entire city stood shoulder to shoulder with those in mourning. "We will make sure that whoever did this is brought to justice, I can guarantee you that," de Blasio told the news conference. "We know there are voices all over this country who are spewing hate, trying to create division, trying to turn one American against another," he said. "We're not going to let them continue to encourage acts of hatred."

The working-class area where the victims were killed, on the border between Queens and Brooklyn, is home to many Muslim families from Bangladesh. Akonjee had been carrying more than $1,000, but the attacker did not take the money, police said.

Some in the largely Bangladeshi Muslim community in Queens and Brooklyn have described harassment in recent months by people who shouted anti-Muslim epithets.
RELATED TOPICS