Soon you will call me 'MR. BREXIT!', says Trump 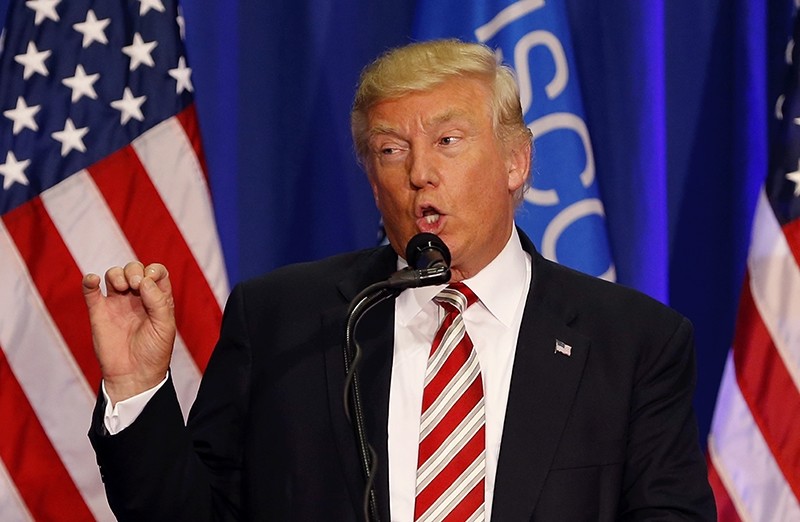 Seems like Donald Trump is predicting that he'll have a new nickname.

Trump tweeted Thursday "They will soon be calling me MR. BREXIT!"

He offered no further explanation and the post was widely discussed — and sometimes mocked — on social media.

But Trump appeared to be referring to comments he made Wednesday in an interview on Fox News. In that exchange, he was discussing the political "movement" fueling his campaign and the reporter noted that "the world is changing" and mentioned Brexit, the June vote for the United Kingdom to leave the European Union.

Trump then said "I think I will be called Mr. Brexit."

He supported the Brexit movement and suggested it was "the people taking the country back." His self-appointed nickname likely was drawing parallels between his campaign and that outcome.

Trump also recently announced a staff overhaul at his campaign's highest levels, the second shake-up in the past two months.

Weary Republican leaders accepted Donald Trump's latest staff shake-up, hoping that a new leadership team can reverse the New York businessman's struggles even as some worry it's too little too late.