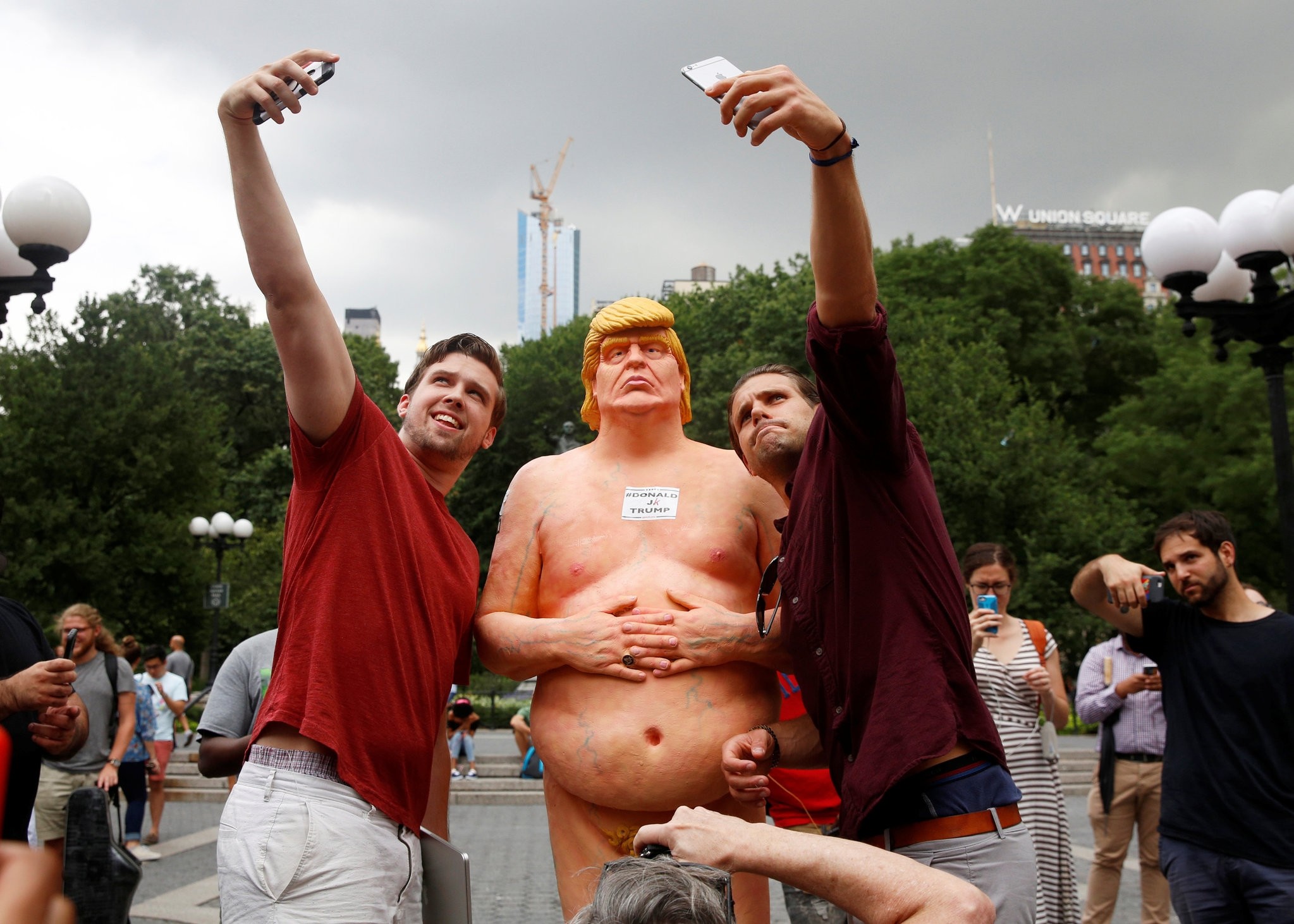 | Reuters Photo
by Aug 19, 2016 12:00 am
Naked statues of Donald Trump in cities across the US are arousing heated reactions from onlookers, many of them snapping selfies with the naked presidential nominee.

"Trump earned that," Abramson said. "If anyone is against being politically correct it is Trump."

Earlier this year the real estate mogul defended himself against an attack by presidential contender Marco Rubio, who claimed that Trump has "small hands."

Trump responded: "Look at those hands, are they small hands? ... "He referred to my hands - 'if they're small, something else must be small.' I guarantee you there's no problem. I guarantee."

The statue is instantly recognizable as Trump by the hair, which has long made him the butt of jokes, and shows him standing with fingers interlocked over a large protruding belly.

The statues were placed atop a pedestal with an inscription reading: "The Emperor Has No Balls."

The title plays off of the Hans Christian Andersen fairy tale, The Emperor's New Clothes, in which the emperor proudly parades naked before his subjects after being duped into believing he is wearing the finest garments.

Photos and selfies with the statues immediately made the rounds on social media. Authorities in New York removed the statue from Union Square within two hours, and the Cleveland statue was removed after 20 minutes, according to local media.

As of Thursday afternoon, the San Francisco statue was still standing in the Castro District, one of the US's first gay neighbourhoods. "We have not received any complaints," a San Francisco municipal spokeswoman told the San Francisco Chronicle newspaper.
Last Update: Aug 19, 2016 10:13 pm
RELATED TOPICS