Clinton email hacker 'Guccifer' sentenced to 52 months in US prison 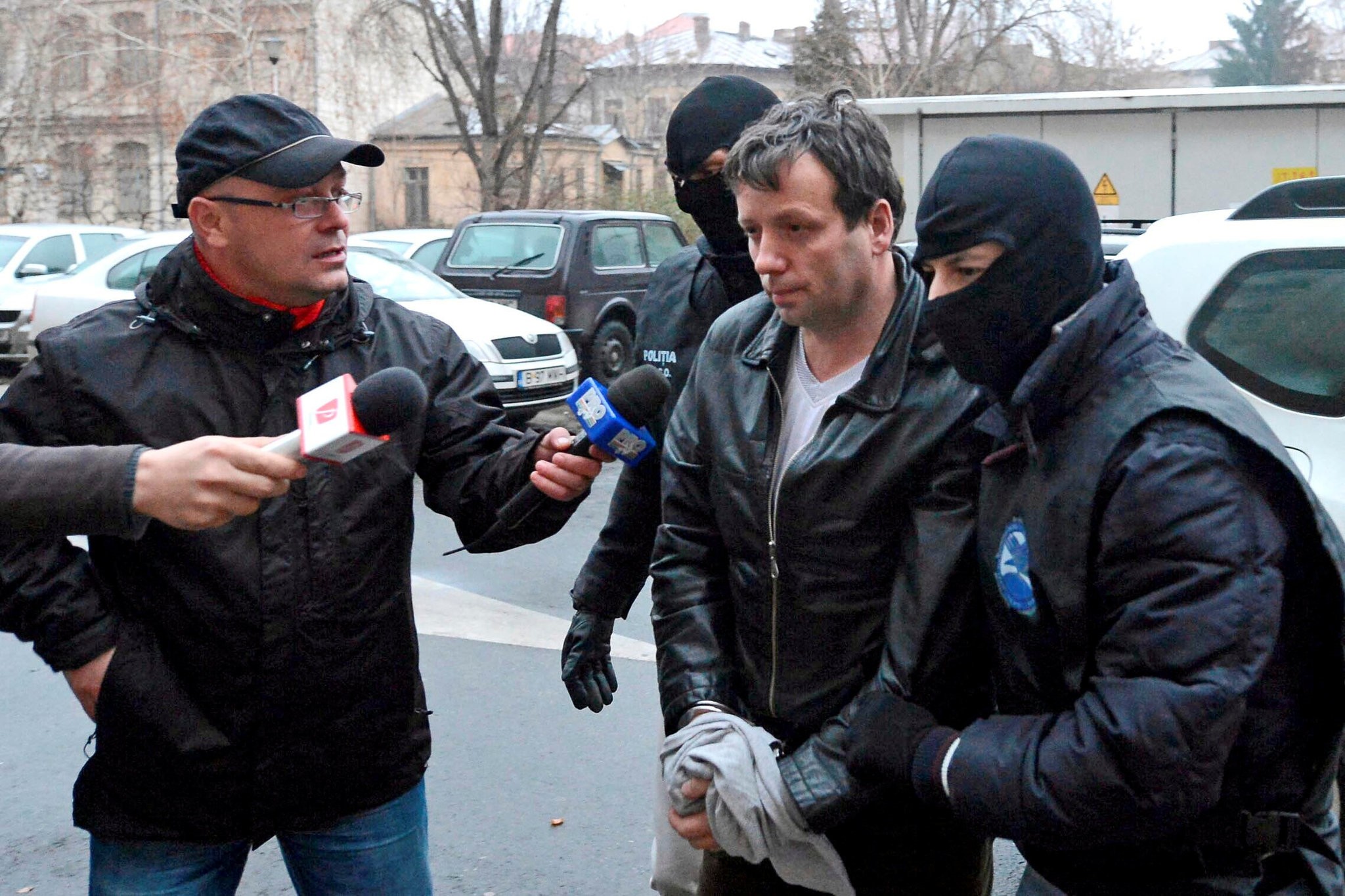 Marcel Lazar Lehel is escorted by masked policemen in Bucharest, after being arrested in Arad, 550 km (337 miles) west of Bucharest January 22, 2014. .(REUTERS Photo)
by Sep 01, 2016 12:00 am
A Romanian man who helped expose the existence of Hillary Clinton's private email domain used during her time as U.S. secretary of state was sentenced on Thursday to 52 months in prison by a federal court in Alexandria, Virginia.

Marcel Lazar, who used the alias "Guccifer" online, had pleaded guilty in May to charges including unauthorized access to a protected computer and aggravated identity theft after being extradited from Romania.

Lazar has said in interviews he breached Clinton's private server at her home in Chappaqua, New York, but law enforcement and national security officials have rejected that claim as meritless.

Lazar is believed to have hacked into email accounts of about 100 victims between 2012 and 2014.

They include prominent political figures such as former Secretary of State Colin Powell, a relative of former President George W. Bush and Sidney Blumenthal, a former Clinton White House aide and an unofficial adviser to Clinton. Clinton is now the Democratic nominee for president.