Trump accused of encouraging models to work illegally in US 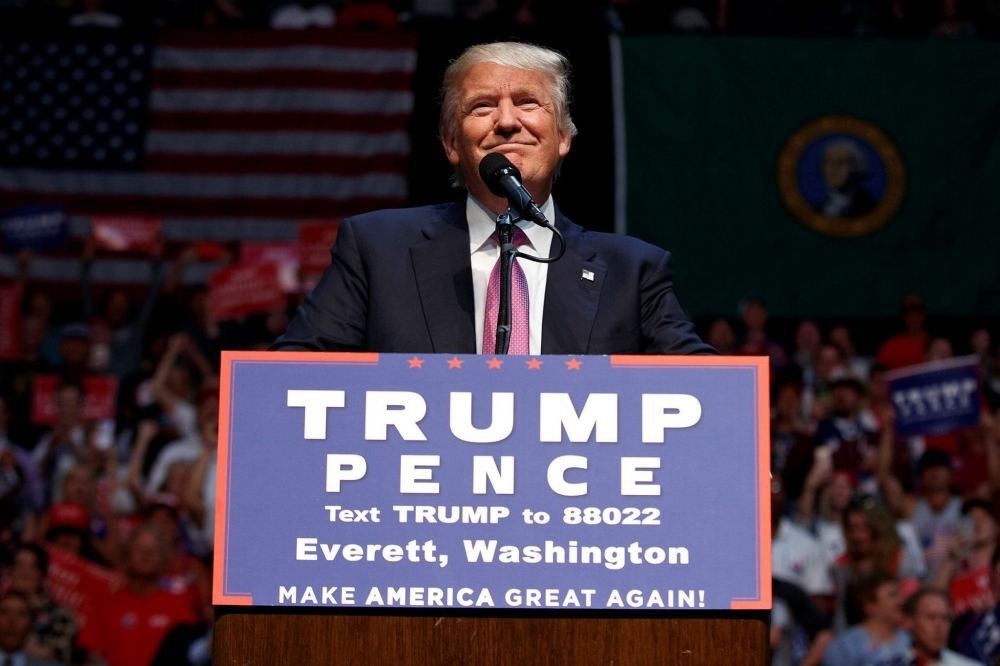 by Daily Sabah with Wires Sep 01, 2016 12:00 am
Republican Party presidential candidate Donald Trump, whose campaign has been railing against unauthorized immigrants, was accused of keeping an illegal modeling agency based in New York. According to a British newspaper, the Independent, Trump Model Management, which was founded in 1999, used foreign models that came to the country on tourist visas and made them work without work permits in the United States. Those who come to United States on B-2 Tourist Visas don't get proper authorization to work in the country. To have lawfully worked in the U.S., people have to get H1-B visas, which Trump has vowed to end when he becomes U.S. president.

According to reports, Trump was active in Trump Model Management. He personally decided which models would participate in his Miss Universe and Miss USA competitions where his agency staff appeared as judges. His wife, Melania Trump, also was a Trump model in the late 1990s, but she strictly denies that she worked illegally for Trump before their marriage. Illegal immigration has been the core issue of Trump's campaign. He called for the construction of a wall along the U.S. southern border to keep out illegal immigrants. He also promised to ban Muslims from entering the U.S. Speaking to supporters in Iowa on Saturday, Trump said he would crack down on visitors to the United States who overstay their visas and declared that when any American citizen "loses their job to an illegal immigrant, the rights of that American citizen have been violated."

Trump took his first foreign trip as the Republican presidential nominee on Wednesday, making a quick visit to Mexico, a nation he derided as the home of rapists and criminals as he launched his campaign. This visit offered Trump an opportunity to appear more presidential. The meeting with Mexican President Enrique Pena Nieto, who earlier this year compared the billionaire candidate to Hitler, comes hours before Trump's immigration speech in Arizona. After saying during his primary campaign he would expel all of the estimated 11 million people living in the country illegally with a "deportation force," polls show him trailing Democrat Hillary Clinton in most of the key states that will determine the U.S. election He is struggling to win over moderate voters, including Republicans, who are turned off by his brash rhetoric and controversial proposals on immigration and other matters. Some former Republican foreign policy officials have warned that Trump is unprepared to lead on the world stage.
RELATED TOPICS