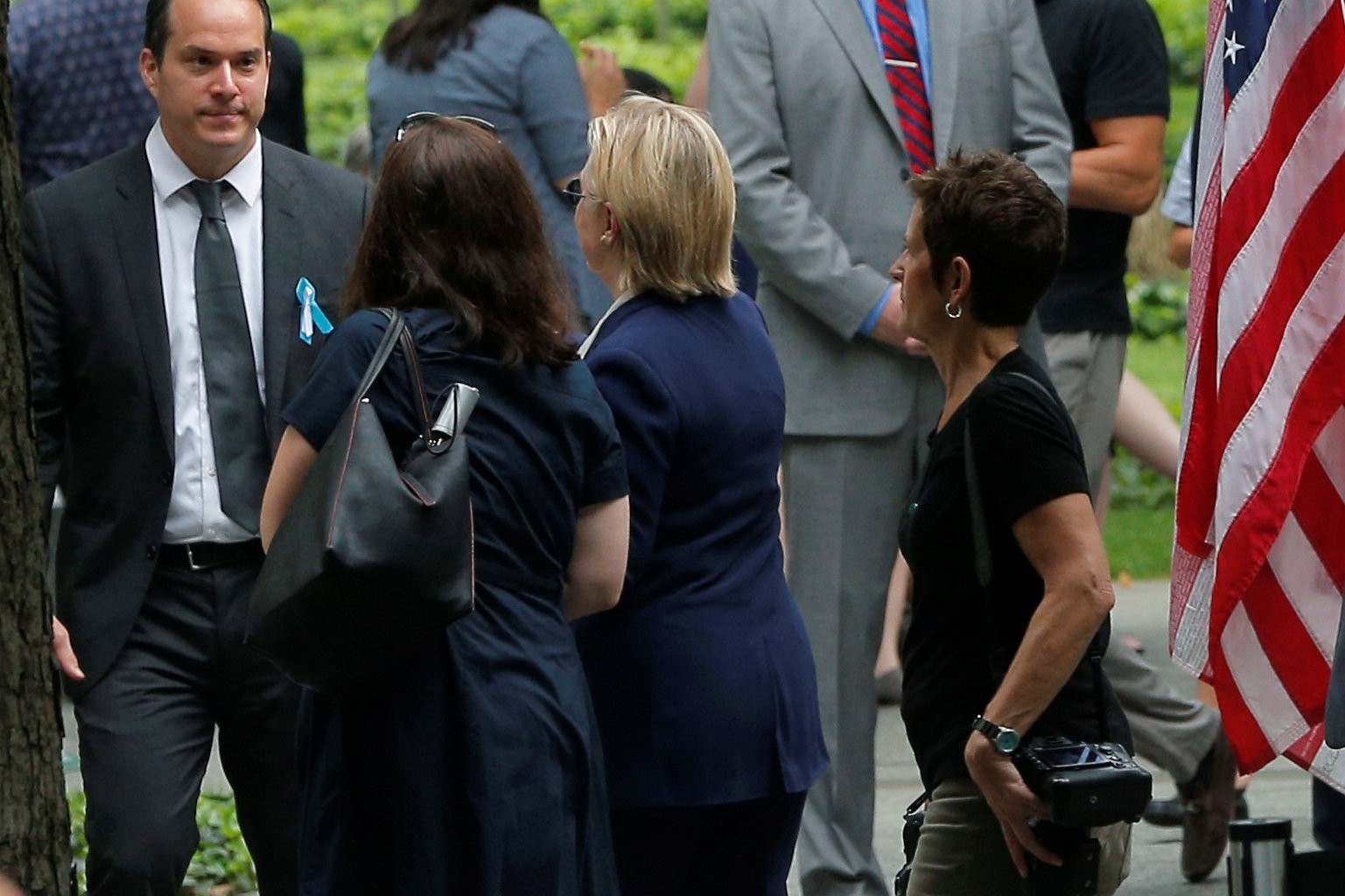 Clinton spokesman Nick Merrill said in a statement that the former secretary of state attended the morning ceremony for 90 minutes "to pay her respects and greet some of the families of the fallen.

"During the ceremony, she felt overheated so departed to go to her daughter's apartment, and is feeling much better," the statement said.

The statement offered no additional details, including whether the 68-year-old Clinton required medical attention.

However, several hours after a video footage showed the candidate stumble as she was helped into her vehicle, her doctor released a statement saying the presidential candidate has been suffering from pneumonia and "became overheated and dehydrated" during a 9/11 remembrance ceremony, but is "recovering nicely".

The physician, Lisa Bardack, examined the 68-year-old at her home in Chappaqua, New York, after she was forced to leave the ceremony at Ground Zero.

Donald Trump supporters have tried to make the case that she's physically unfit for the White House, citing a concussion she sustained in December 2012 after fainting. Her doctor attributed the episode to a stomach virus and dehydration.

She was among the many dignitaries at the annual event at ground zero in lower Manhattan, joining New York's Democratic senators, Chuck Schumer and Kirstin Gillibrand, as she stood during the ceremony.

Trump also attended the memorial service. Neither he nor Clinton spoke at the event, in keeping with the solemn nature of the annual remembrance of the deadliest terror attack on American soil.