Shooter of US president Reagan released from psychiatric hospital 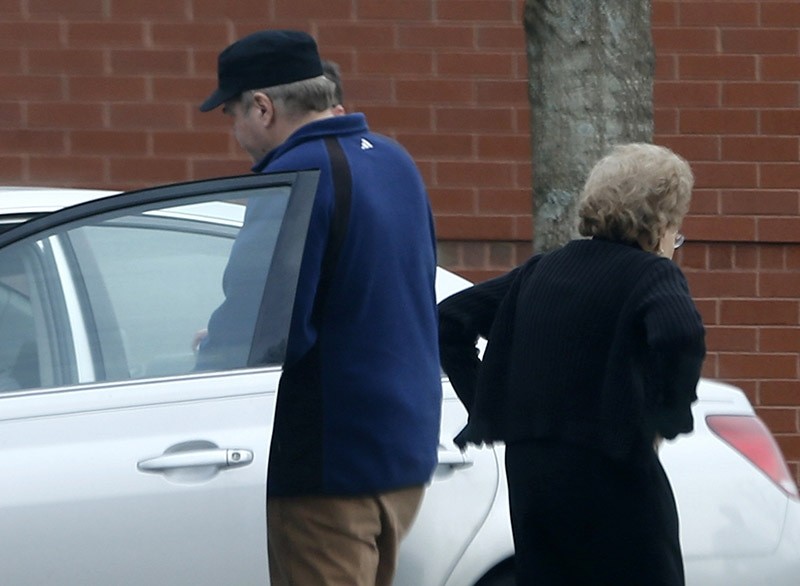 John Hinckley Jr., left, gets into his mother's car in front of a recreation center in Williamsburg, Va. The man who shot President Ronald Reagan left a Washington mental hospital for good on Saturday Sept. 10, 2016. (AP Photo)
by reuters Sep 11, 2016 12:00 am

Would-be presidential assassin John Hinckley Jr. was released from a psychiatric hospital on Saturday, media reports said, 35 years after he shot U.S. President Ronald Reagan in an attack prompted by a deranged obsession with the actress Jodie Foster.

Hinckley, 61, is moving in with his elderly mother in a gated community in Williamsburg, Virginia, where he has been making increasingly long furlough visits in recent years under the watchful eyes of the U.S. Secret Service.

A federal judge in July ordered Hinckley's release from St. Elizabeth's Hospital in Washington, finding that he no longer posed a danger to himself or to others. Hinckley was found not guilty by reason of insanity at a 1982 trial and was diagnosed with depression and psychosis, both of which are now in remission, according to his doctors.

Local media, including The Washington Post, reported that Hinckley was officially released from St. Elizabeth's on Saturday, when he had been scheduled to be freed. A hospital employee who answered the phone on Saturday said she could not comment on patients to the media.

Residents of the town have seemed largely unfazed by the prospect of Hinckley's release, though some have expressed wariness.

As a 25-year-old college dropout, Hinckley had grown fixated upon Foster and the Martin Scorsese film "Taxi Driver," in which she played a teenage prostitute.

Inspired by the film's main character, who plots to kill a presidential candidate, Hinckley opened fire on Reagan outside a Washington, D.C., hotel on March 30, 1981, in a misguided effort to win Foster's affections.

Reagan suffered a punctured lung but recovered quickly. His press secretary, James Brady, was left permanently disabled and eventually died of his injuries in 2014.

The shooting left its mark in a number of ways. The Brady shooting helped launch the modern gun control movement, and a 1993 bill named after him imposed background checks and a waiting period.

Hinckley's release has dozens of conditions attached, including a requirement that he work or volunteer at least three days a week, limit his travel, allow law enforcement to track his movements and continue meeting with a psychiatrist.

The Reagan family issued a statement in July strongly opposing Hinckley's release. Foster has declined to comment on Hinckley since 1981.