US marks thousands of 9/11 victims in 15th anniversary 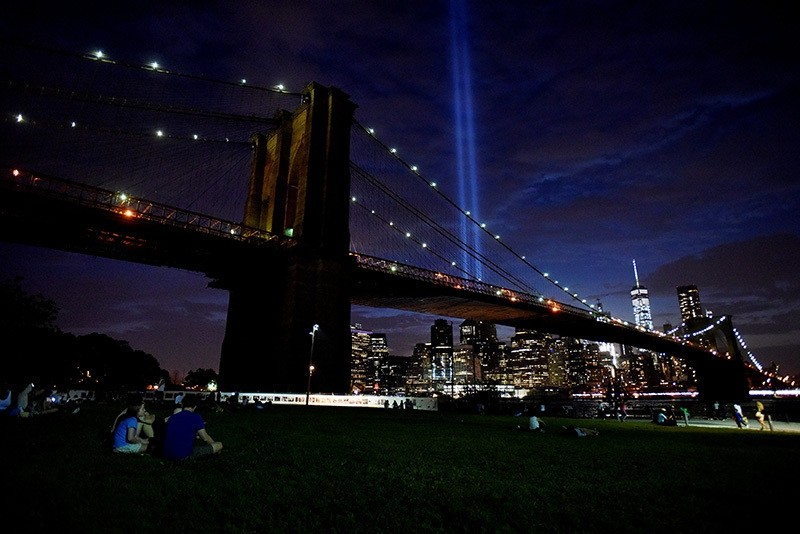 The United States marks the 15th anniversary of the 9/11 attacks on Sunday with solemn services to commemorate the victims of the deadliest terror strikes on US soil, which changed the world forever.

Nearly 3,000 people were killed on September 11, 2001 when 19 Al-Qaeda suicide bombers hijacked four passenger jets, crashing them into the Twin Towers in New York, the Pentagon in Washington and a field in Shanksville, Pennsylvania.

It was the first foreign attack on the US mainland in almost two centuries and sparked US-led invasions of Afghanistan (2001) and Iraq (2003, where war rages on more than a decade later.

Countries in the Middle East from Libya to Syria are engulfed in war, providing a fertile ground for Al-Qaeda affiliates to breed, and Europe has been tormented by attacks inspired by the Islamic State group.

The names of the dead will be read out in a remembrance service at Ground Zero in New York on the site of the rebuilt World Trade Center, and President Barack Obama will address a ceremony at the Pentagon.

"This weekend, we honor their memory once more. We stand with the survivors who still bear the scars of that day," Obama said Saturday in his weekly address.

The 15th anniversary comes with the United States in the midst of a divisive presidential campaign between Hillary Clinton, who was New York senator at the time of the attacks, and Manhattan tycoon Donald Trump.

Both candidates are expected to attend the New York ceremony.

Held at the September 11 memorial, the service will pause six times -- to mark the moments when each of the two planes hit, when each tower fell, as well as the attack on the Pentagon and Flight 93 that crashed in Pennsylvania.

During the first moment of silence at 8:46 am, the time when American Airlines Flight 11 hit the north tower, houses of worship in New York have been asked to toll their bells.

'How we respond matters'

Obama will observe a moment of silence at the White House before addressing a memorial ceremony at the Pentagon.

"In the face of terrorism, how we respond matters," he said in his weekly address.

"We cannot give in to those who would divide us. We cannot react in ways that erode the fabric of our society."

George W. Bush, who was president at the time of the attacks, is not expected to attend either ceremony in New York or Washington.

Instead, his office said he will go to church in Dallas, Texas and then attend the Dallas Cowboys home opener against the New York Giants, where he will take part in the ceremonial coin toss with two New York police officers who were at Ground Zero on 9/11.

Sunday marks the start of the NFL season in the United States, and those attending the American football games and watching on television will watch video messages from both Obama and Bush.

The attacks killed 2,753 people in New York, 184 at the Pentagon and 40 on Flight 93 -- which was headed toward the US capital until passengers and crew staged a rebellion and the hijackers crashed it. 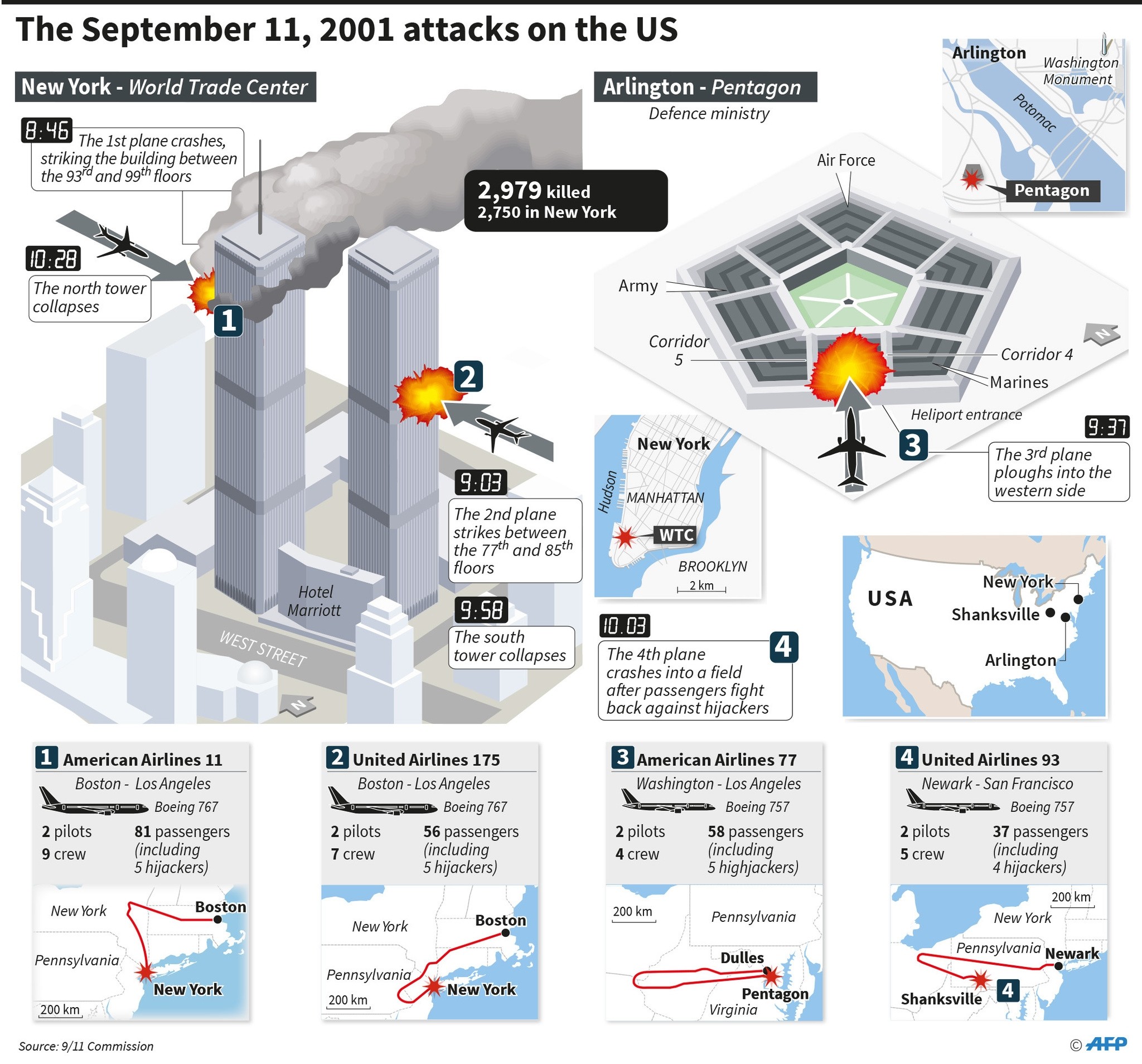 Here is the timeline of the events that fateful morning, which reshaped the course of US history:

An American Airlines Boeing 767 making a Boston-Los Angeles connection with 92 people on board -- including five hijackers -- smashes into the North Tower of the World Trade Center, leaving a giant hole in the building's facade. Thick smoke trails into the sky from the tower's upper floors.

A United Airlines Boeing 767 making a Boston-Los Angeles connection with 65 people on board -- including five hijackers -- hits the South Tower of the WTC, sparking a massive explosion.

Then US president George W. Bush, in Sarasota, Florida, calls the blasts "an apparent terrorist attack." He orders "a full-scale investigation to hunt down and to find those folks who committed these acts" and says he will immediately return to Washington.

An American Airlines Boeing 757 making a Washington Dulles-Los Angeles connection with 64 people on board -- including five hijackers -- smashes into the Pentagon in suburban Washington, setting off two explosions.

The US Federal Aviation Administration (FAA) orders the cancellation of all commercial flights in the United States.

The WTC's South Tower, hit 56 minutes earlier, collapses in a huge cloud of smoke and dust.

A United Airlines Boeing 757 traveling from Newark to San Francisco with 44 people on board -- including four hijackers -- crashes into a field near Shanksville, Pennsylvania, after passengers and crew apparently fought with the hijackers.

The north tower of the WTC collapses, an hour and 42 minutes after it was struck. A huge cloud of dust blankets lower Manhattan.