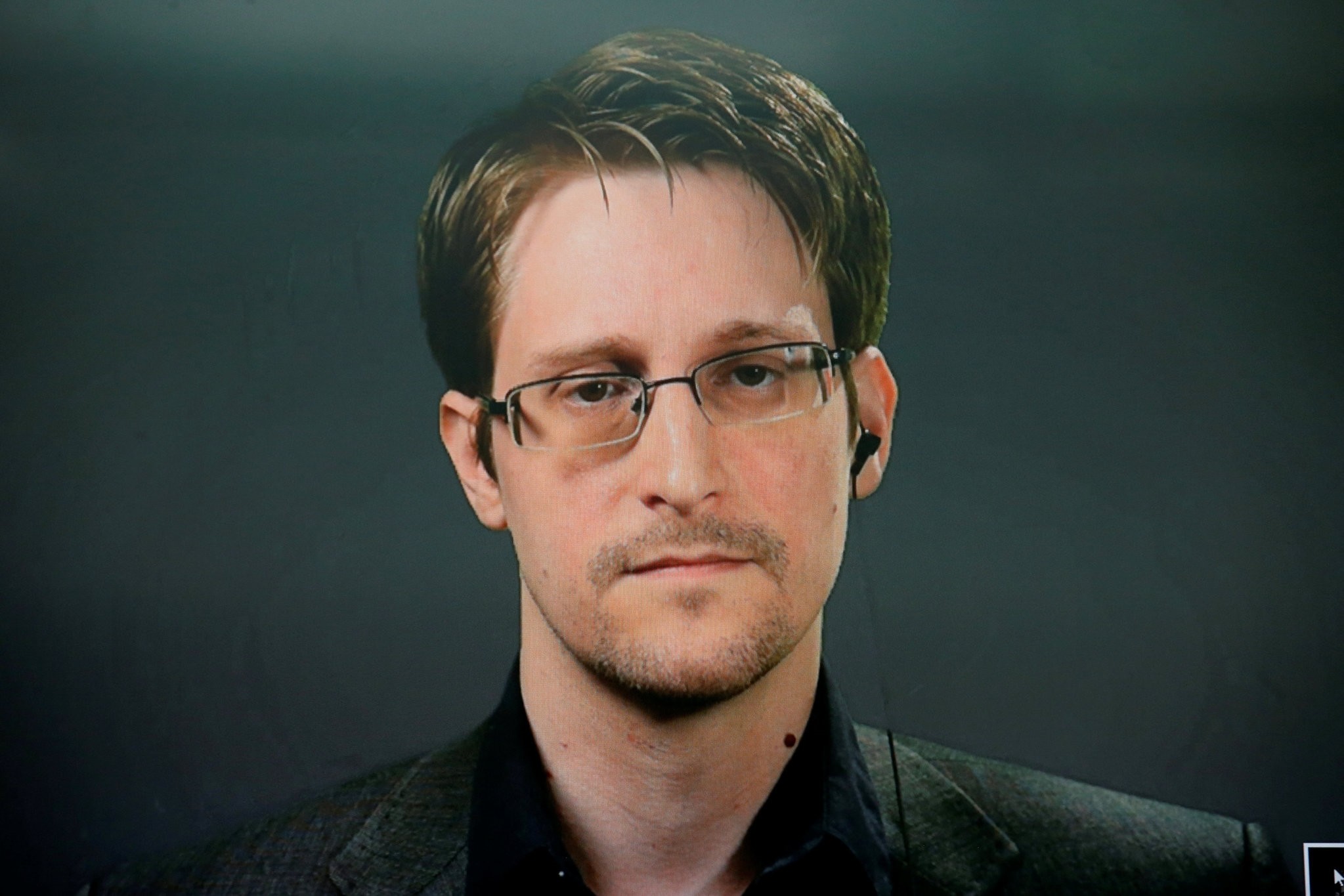 The advocates say a presidential pardon would put Obama, who leaves office in January, "on the right side of history." The groups supporting a pardon held a news conference Wednesday in New York to launch a petition, saying Snowden deserves a pardon because he "acted solely in the public interest."

Living under asylum in Russia, Snowden participated in the news conference by video link, joining representatives of Amnesty International, the American Civil Liberties Union (ACLU) and Human Rights Watch in publicizing the appeal for a pardon.

Snowden launched a debate that still rages today in parliaments, courtrooms and among technology companies, more than three years after he blew the whistle on the programme, advocates for pardoning Snowden said.

It will be decades before the world grasps the full extent of what Snowden's revelations did in the fight against the proliferation of surveillance, Shah said.

Snowden, 33, said he does not regret revealing the programme and was "glad for the decisions I have made." The support for his cause exceeded his "wildest dreams," he said.

"This really isn't about me, it's about us. It's about the kind of country we want to have," Snowden said. "I love my country, I love my family, and I have dedicated my life to both of them."

He said people today are living "in the greatest crisis of computer security that we have ever seen."

Details of the massive NSA surveillance programme were released on the internet in 2013 after Snowden turned them over to media outlets. He fled the United States before the revelations became public, ultimately landing in Russia, which granted him asylum in 2014.

White House spokesman Josh Earnest told reporters this week that there was no change in Obama's position on Snowden.

He said that Snowden failed to use a "well-established and well-protected" process that "allows whistleblowers to raise concerns that they have ... in a way that protects the national security secrets of the United States."

"And his conduct put American lives at risk, and it risked American national security," Earnest said.

He insisted that Snowden "will of course be afforded the rights that are due to every American citizen in our criminal justice system, but we believe that he should return to the United States and face those charges."

Snowden and his supporters are sceptical. They are hoping that an internet campaign they began at the website pardonsnowden.org will be successful. It asks people to sign a petition urging Obama to pardon the former NSA contractor.

"Ed stood up for us, and it's time for us to stand up for him," the petition website says. "Urge President Obama to pardon Edward Snowden, and let him come home with dignity."

Whether that occurs depends on the public response to the effort has among the public, said ACLU Director Anthony Romero: "We do think there's a chance."

A conviction on an espionage charge would be a tragedy, he said.

Snowden's backers hope that a soon-to-be-released Hollywood movie directed by Oliver Stone will help publicize their cause.