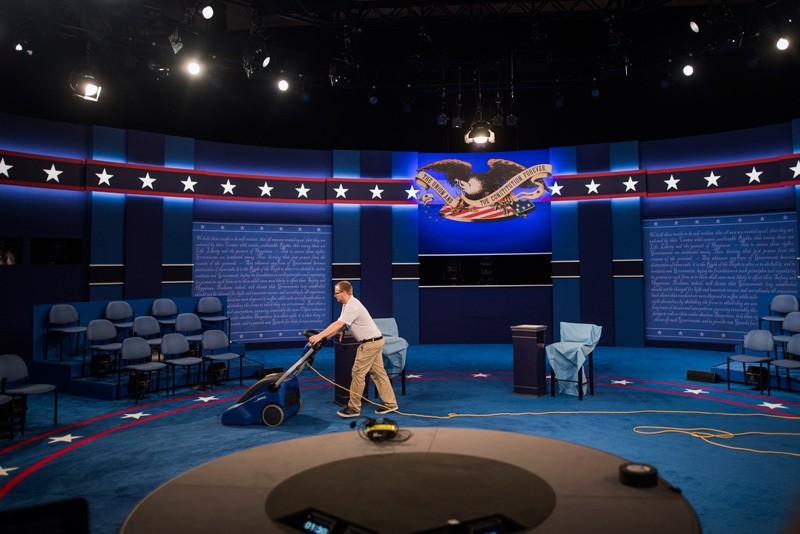 Hillary Clinton and Donald Trump will square off Sunday in their second face-to-face debate, with the Republican camp in turmoil over a leaked recording of their nominee making vulgar comments about women.

Tens of millions of viewers are expected to watch the debate on television, eager to see how Trump will handle himself opposite the first woman to lead a major party ticket, after the obscene recording was made public.

The tape provoked calls from leading Republicans for Trump to withdraw from the presidential race.

It will be worth tuning in to see whether Trump "finds a heartfelt moment," as his campaign manager, Kellyanne Conway, said Saturday on CNN.

He is expected to try to communicate that 11-year-old comments made when he was the host of a reality TV show - including about trying to have sex with a married woman, and grabbing women "by the pussy" - matter little in the current campaign.

Clinton is expected to face questions about emails allegedly hacked from the account of her campaign manager that received far less attention when they were leaked Friday, around the same time as the sex-talk-laden recording of Trump.

The emails reveal apparent details of secret speeches she made to bankers, including comments on Wall Street regulation and trade, two major issues in the current presidential campaign.

The debate is due to be held at Washington University in St Louis, Missouri, starting at 9 pm (0100 GMT Monday). It is the second of three debates and will follow a town hall format in which half the questions will be posed by "citizen participants" and the other half by two moderators, the Commission on Presidential Debates said.