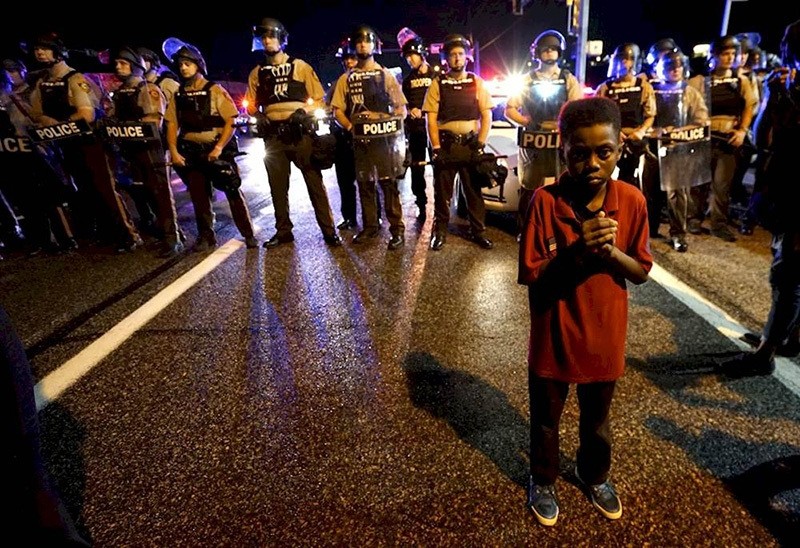 | Reuters Photo
by Oct 11, 2016 12:00 am
U.S. police departments used location data and other user information from Twitter, Facebook and Instagram to track protesters in Ferguson, Missouri, and Baltimore, according to a report from the American Civil Liberties Union on Tuesday.

The incident comes amid growing concerns among consumers and regulators about how online data is being used and how closely tech companies are cooperating with the government on surveillance.

The ACLU report found that as recently as July, Geofeedia touted its social media monitoring product as a tool to monitor protests. Geofeedia's product enables clients to monitor posts tied to a specific location. Geofeedia did not immediately respond to requests for comment.

Geofeedia works with over 500 law enforcement agencies and public safety agencies across the country, according to an email the ACLU obtained through a Freedom of Information Act request.

In a 2016 case study obtained by the ACLU, Geofeedia quoted Baltimore police Detective Sergeant Andrew Vaccaro who said the force intercepted kids with backpacks full of rocks after the Geofeedia team alerted them to chatter from a local high school.

Baltimore was swept by rioting in April 2015 following the funeral of Freddie Gray, a 25-year-old black man who died from a spinal injury after being arrested by police.

In an October 2015 email message, a Geofeedia employee touted its "great success" covering racially charged protests in the aftermath of the August 2014 shooting of black teenager Michael Brown by a white police officer in the St. Louis suburb of Ferguson.

"This developer only had access to data that people chose to make public," a Facebook spokesperson said in a statement. "Its access was subject to the limitations in our Platform Policy, which outlines what we expect from developers that receive data using the Facebook Platform."

Facebook's platform policy says developers may not "sell, license, or purchase any data obtained from us or our services."