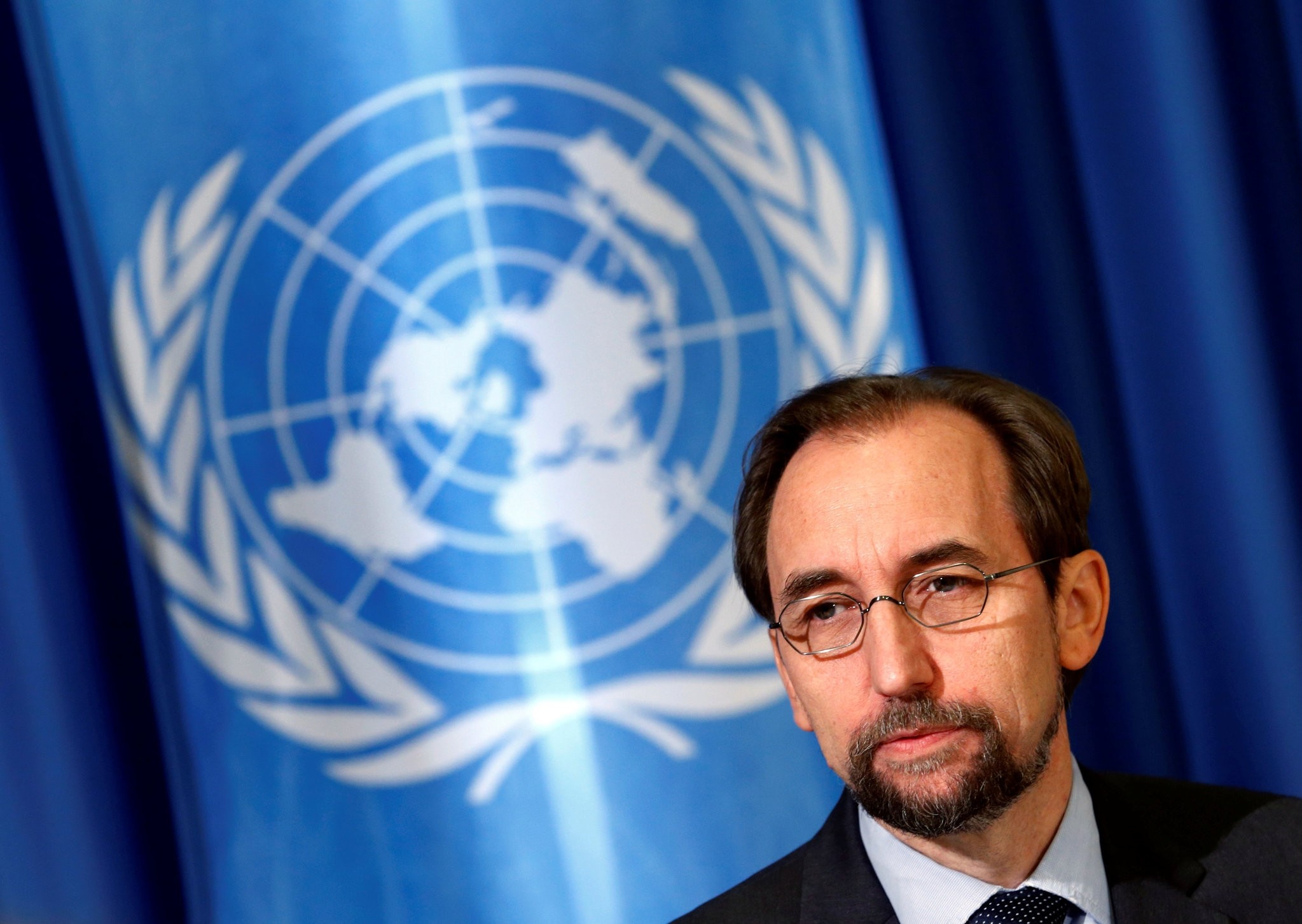 The world will be in danger if Republican nominee Donald Trump becomes president of the United States, the top United Nations human rights official said on Wednesday.

"If Donald Trump is elected on the basis of what he has said already - and unless that changes - I think it is without any doubt that he would be dangerous from an international point of view," Zeid told a news briefing in Geneva.

Trump lashed out at U.S. House Speaker Paul Ryan and other "disloyal" Republicans on Tuesday and vowed to campaign in whatever style he wants now that the party establishment has largely abandoned him. This occurred after a 2005 video surfaced last week showing him bragging crudely about groping women and making unwanted sexual advances.

Trump has said he would immediately re-authorize the waterboarding of suspected militants if elected on Nov. 8, contending that "torture works".

U.S. President Barack Obama, a Democrat, signed an executive order after taking office in January 2009 that banned waterboarding and other "enhanced interrogation techniques". Such executive orders can be rescinded by a successor.

Zeid said that he would rather not interfere in political campaigns. But when a candidate's comments pointed to a potential use of torture, prohibited under the Convention against Torture, a pact ratified by Washington, or to vulnerable groups possibly losing their basic rights, he had to speak out.

In a speech in The Hague last month, Zeid accused Trump of spreading "humiliating racial and religious prejudice" and warned of a rise of populist politics that could turn violent.

"I always believe that it's incumbent on leaders to lead and to lead in a way that is ethical and moral," Zeid said on Wednesday, when asked about Trump. "The use of half-truths is a very clever political device. Because as every propagandist knows, you allow the listener to fill in the rest."

Trump has portrayed himself as tough on national security and promised to build a wall to stop Mexican immigrant "rapists" from crossing the border.

"We have to be on guard to see that in the end vulnerable populations, populations at risk do not again see their rights deprived because of a view that is in the ascendancy based on false premises," Zeid said.