Most US Muslims to vote for Clinton, CAIR survey shows 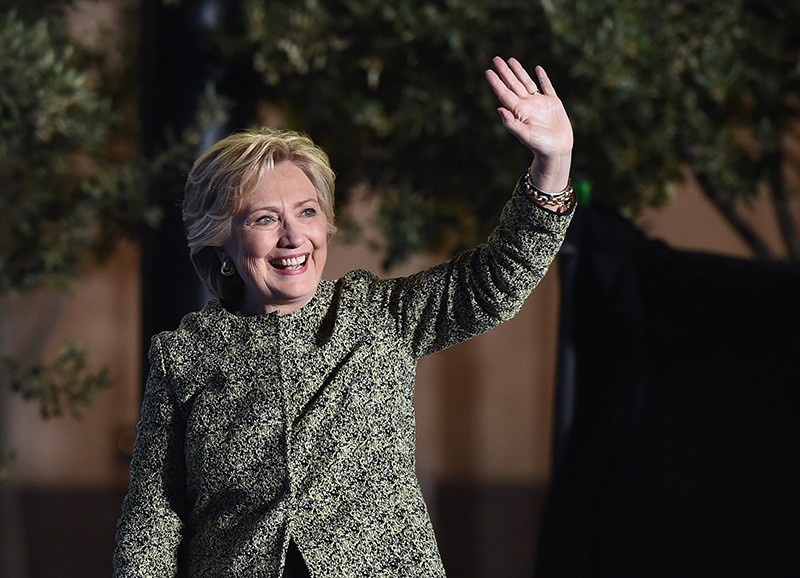 Democratic presidential nominee Hillary Clinton waves after speaking at a campaign rally at The Smith Center for the Performing Arts on October 12, 2016 in Las Vegas, Nevada. (AFP Photo)
by Anadolu Agency Oct 13, 2016 12:00 am

Seventy-two percent of American Muslim voters say they will vote for Democrat nominee Hillary Clinton in the upcoming presidential elections, according to a survey released Thursday.

With less than a month before the Nov. 8 poll, the survey by the Council on American-Islamic Relations (CAIR) provides a snapshot of the Muslim community's views about the elections.

Still, 12 percent of respondents are undecided and 7 percent refused to respond.

Another highlight from the survey is that 62 percent said the Republican Party is unfriendly to Muslims. That's up from the 51 percent in 2012 who felt the same.

Days after a deadly terror attack in California, Trump stirred controversy when he called for a complete ban on Muslims entering the U.S.

His suggestion was embraced by a number of the nation's governors - mostly Republican - who said that they would not allow Syrian refugees into their states after the Obama administration announced it would accept 10,000 Syrian refugees during the 2016 fiscal year.

Topping the list of most important concerns to American Muslim voters was civil rights, according to CAIR.

That was followed by education, jobs and the economy, protecting Muslim students from bullying and harassment, Trump's proposed ban on Muslims and terrorism and national security.

It is not a surprise that 85 percent believed islamophobia and anti-Muslim sentiment in the U.S. has increased in the past year, according to the survey. Only 5 percent believe it has decreased and 10 percent did not provide an answer.

Moreover, 30 percent of respondents say they have experienced discrimination or profiling in the past year, the survey said.

The telephone survey of more than 800 Muslims was conducted between Sept. 7 and Oct. 5.